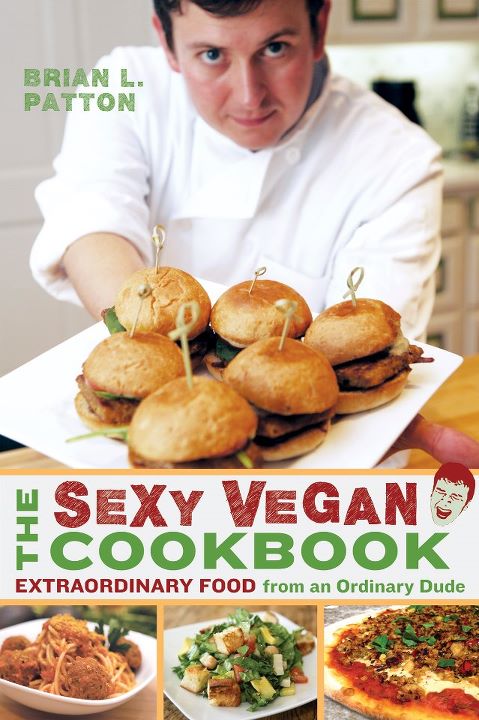 Brian Patton, aka The Sexy Vegan, is the executive chef for Los Angeles-based vegan food-delivery service, Vegin’ Out. He also hosts an instructional cooking video show on YouTube where he plays ukulele and shows off his goofy side.

Here’s a couple past videos from his show:

He has recently authored The Sexy Vegan: Extraordinary Food From An Ordinary Dude which is available for pre-order.

Oprah makes meatless Mondays mainstream, Michael Pollan makes conscious eating righteous, and Alicia Silverstone makes veganism pretty. Now Brian Patton makes all of the above real. “I was unemployed and half asleep on my parents’ couch, watching a local-access cooking show. ‘I can do that,’ I thought.” And so Patton could, going from cooking for his folks to professional kitchens in Hollywood. Along the way he tried veganism and found he could lose weight and feel great. But what to do about his love for onion rings, ice cream, and “the most important meal of the day” — cocktails? The answers are all here, from the Blood Bath cocktail and Kajillion Island Dressing to Hangover Hash, Blam Chowder, and “snackage” like Buffalo Wangs and Gargantuan Guac. On every page, Patton proves that seriously good — and good for you — food needn’t be too serious.

The book’s promo trailer is a lot of fun: