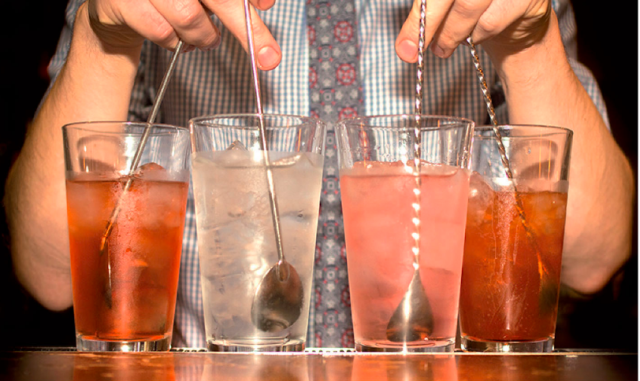 It’s not unusual for co-workers to develop secret languages in order transmit messages cryptically. New York City bartenders are no exception, as noted in Ben Schott‘s Op-Art piece, “Behind Bars” in the February 15, 2014 issue of The New York Times Sunday Review.

For example, at Employees Only, the term “Fernando” is shouted when a glass is broken, while at P.D.T., “Nick & Nora” refers to a 4.5 ounce coupe glass. The language also expresses the nightly frustrations that many bartenders have to endure, such as the barfly “who comes in (usually when it is quiet) and sucks out the barman’s very core with his self-centered depressing rhetoric” aka a “Soul Stealer” at Brooklyn Social. Or perhaps the “star-tender” at Weather Up who orders “secret handshake drinks” to prove he’s also in the industry .

Sometimes, however, the language is truly utilitarian. Terms like the “Quadruple Pour” (mixing four drinks at once) at the Clover Club or “Irksome” (that little bit of booze left in the bottle, not enough for a drink) at Death & Co all came out of wanting to communicate the correct information in the most concise way possible. 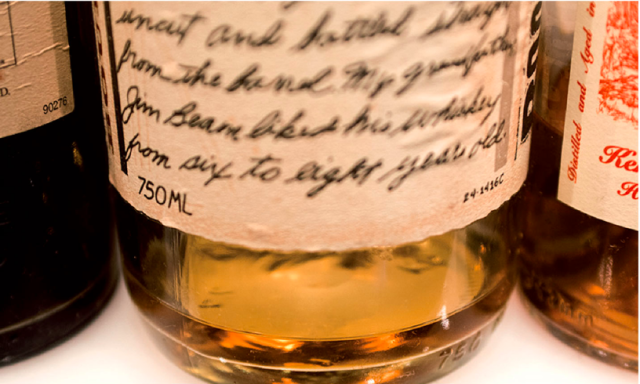 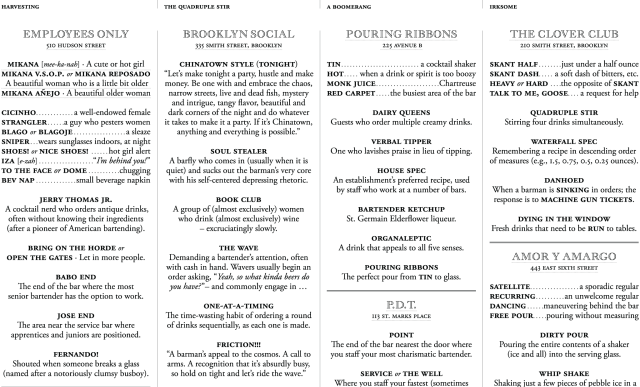