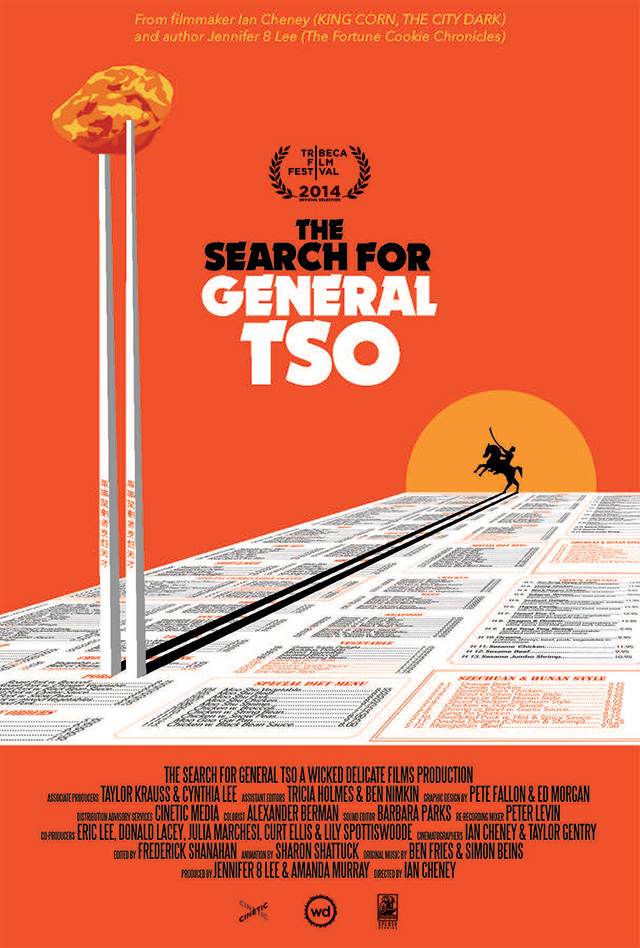 Written and directed by Brooklyn-based filmmaker Ian Cheney, The Search for General Tso is a new documentary exploring the phenomenon of Chinese food in the US — particularly General Tso’s Chicken, often considered the most popular Chinese dish in the States.

Using this Americanized dish and its mysterious mastermind as a lens onto a larger story of immigration, adaptation, and innovation, the film follows a lighthearted journey, grounded in cultural and culinary history, through restaurants, Chinatowns, and the American imagination.

The film premiered at the Tribeca Film Festival in April 2014 and is currently making the festival circuit rounds.