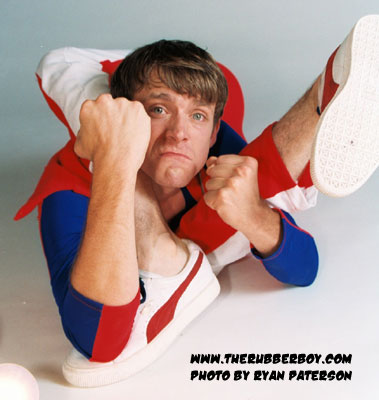 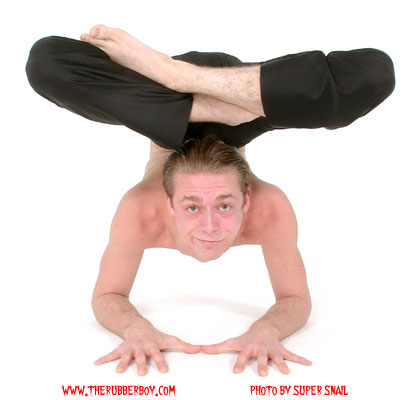 Recently I had a chance to catch up with my good friend Daniel Browning Smith, an amazing contortionist known as The Rubberboy, who has performed in Laughing Squid events in the past. Daniel holds the Guinness World Record for the fastest time squeezing through both a tennis racquet and a toilet seat.

Here’s video of Daniel performing on “When Will I be Famous”, “America’s Got Talent”, “Roseanne” and as the halftime entertainment for an NBA basketball game.

Daniel is also an actor, appearing in various commercials, television shows and films including “CSI: NY”, “Monk” and “Men in Black II”. He also played an ongoing role in the aclaimed HBO series “CarnivÃ le”.

photo by Ryan Paterson and Supersnail