After three and a half years of research and development, we are delighted to announce the release of our first Rosetta Wearable Disk. This version of the Rosetta Disk uses a similar manufacturing process as the first edition of the Rosetta Disk, with the resulting archive microscopically formed in nickel and readable with optical magnification. The main difference is that the final archive is about 2 centimeters in diameter, making it a size that can be comfortably worn on the human body. The contents are in keeping with the original Rosetta Disk in that they represent many of the world’s human languages. The language contents are also parallel, that is, the same information for each language. 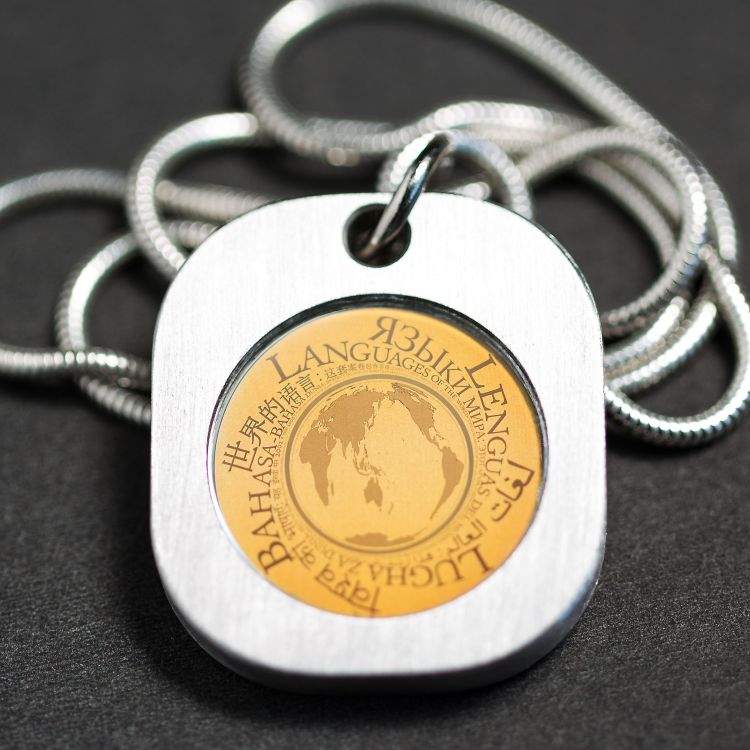 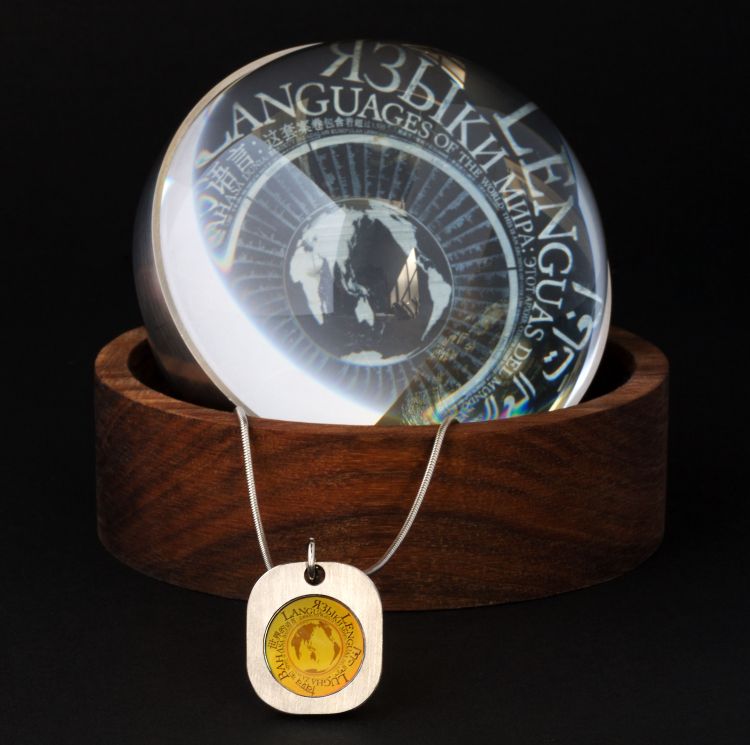 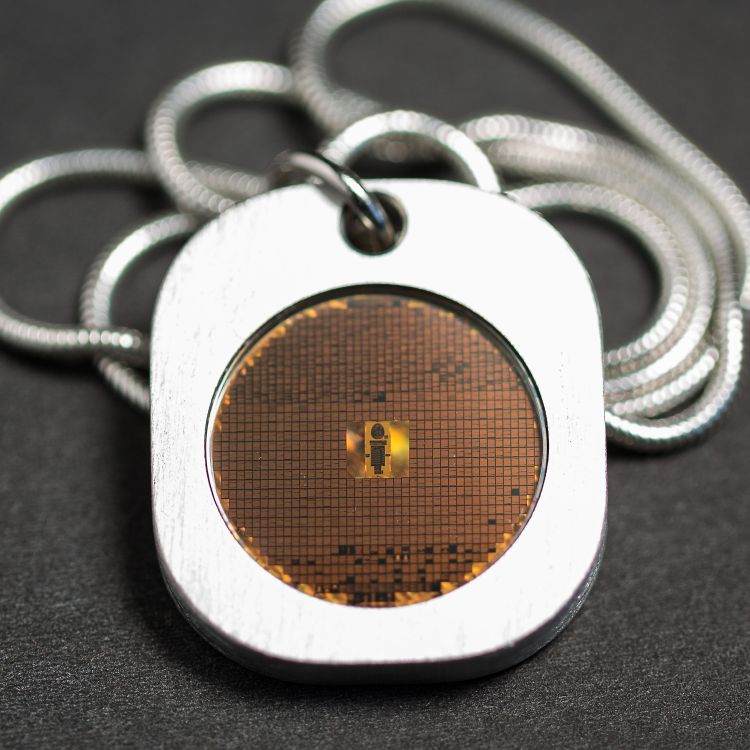