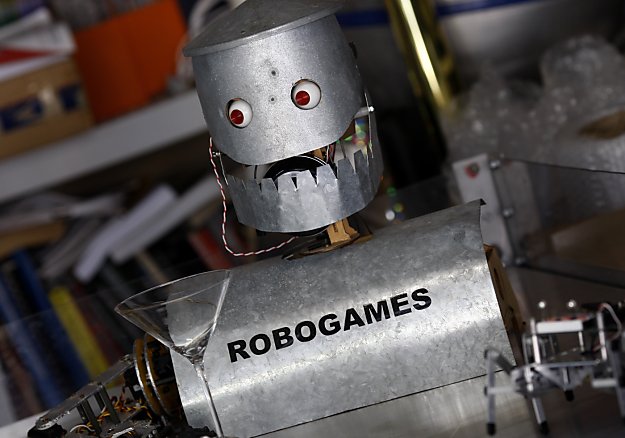 San Francisco Chronicle recently featured one of our favorite couples Simone Davalos and David Calkins (who also happen to be Laughing Squid guest bloggers). Chronicle journalist Julian Guthrie visited their home in Mill Valley, California and interviewed them for the piece, Robot making the mechanics of couple’s love, which talks about their history with robots, el Español Borracho (their cocktail robot), and their upcoming robot events: BarBot and RoboGames.

RoboGames is the Olympics of Robots – we invite the best minds from around the world to compete in over 50 different events: combat robots, fire-fighters, LEGO bots, hockey bots, walking humanoids, soccer bots, sumo bots, and even androids that do kung-fu. Some robots are autonomous, some are remote controlled – but they’re all cool! As an open event, anyone can compete – this means you. 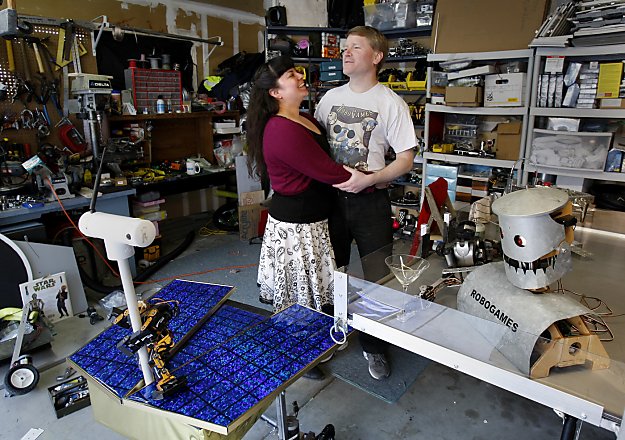 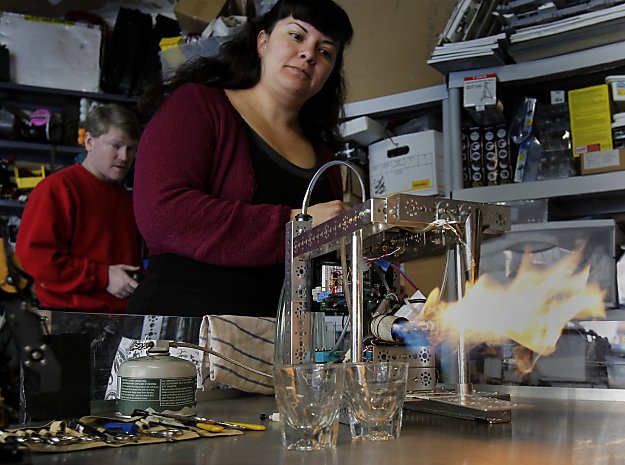