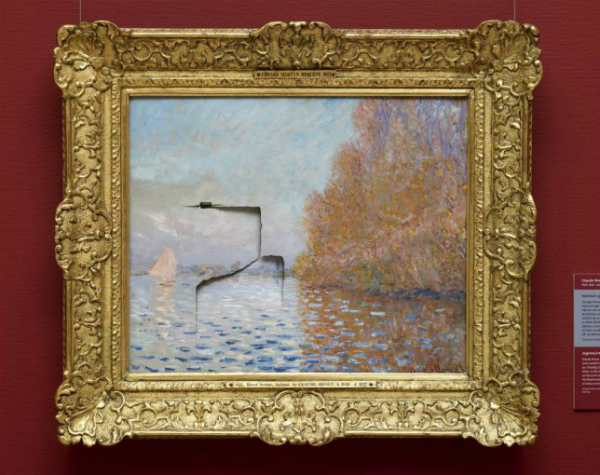 Back in June 2012, an Irish man named Andrew Shannon walked into the National Gallery of Ireland in Dublin and punched a hole in an $11 million painting by Claude Monet. The painting, entitled Argenteuil Basin with a Single Sailboat, was badly torn in the incident. After the attack, museum conservators undertook an extraordinarily complex 18-month restoration of the painting. In addition to stabilizing the damage and ultimately glueing the work back together, the conservators had to research and replicate Monet’s painting technique, and reattach tiny flecks of paint that were recovered at the scene of the attack. The museum has documented the endeavor in an online feature.

In July 2014, the restored painting was put back on display at the National Gallery of Ireland. At the end of 2014, Shannon was sentenced to six years in prison for the attack. Incredibly, he is now on trial for a second attack, in which he is accused of destroying two paintings at a hotel in Ireland. 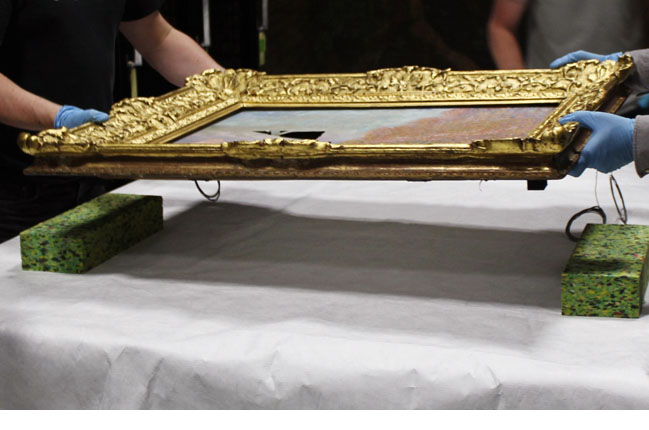 The painting was removed from public display and taken into the conservation studio for treatment. It was laid flat and stabilised from the front and back. Conservators removed the painting from its frame and documented any changes to the condition of the object. Photo via National Gallery of Ireland 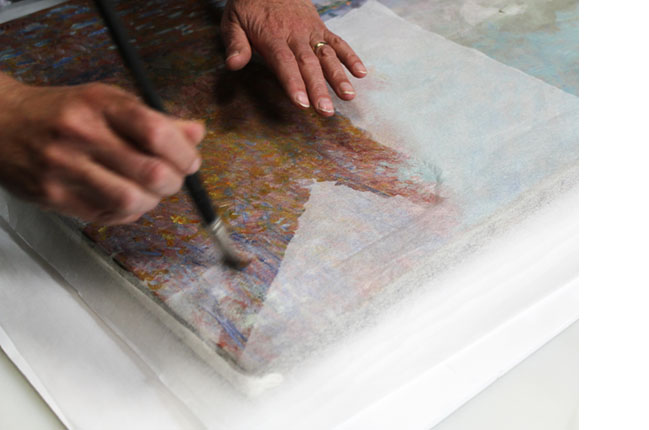 Repair work to the damaged NGI canvas was carried out on the back of the painting. Before turning the painted side down onto the cushioned working surface, a temporary cover was applied to protect the vulnerable paint surface. Photo via National Gallery of Ireland 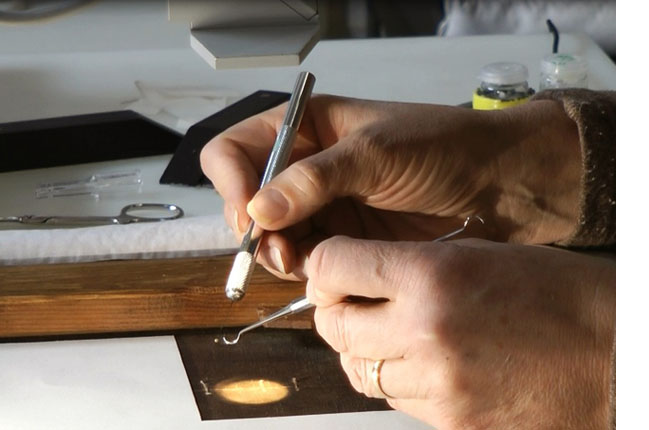 The process of tear repair involved flattening, aligning and rejoining the edges of the torn canvas. Initially the canvas was relaxed using localised application of moisture and gentle weighting for short intervals – training it to remain flat again. With the aid of a high-powered microscope and appropriately small tools, the tear edges were carefully aligned thread-by-thread. Re-joining of the realigned, broken canvas fibres involved applying a specially formulated adhesive to achieve a strong but reversible bond between the thread ends. Photo via National Gallery of Ireland 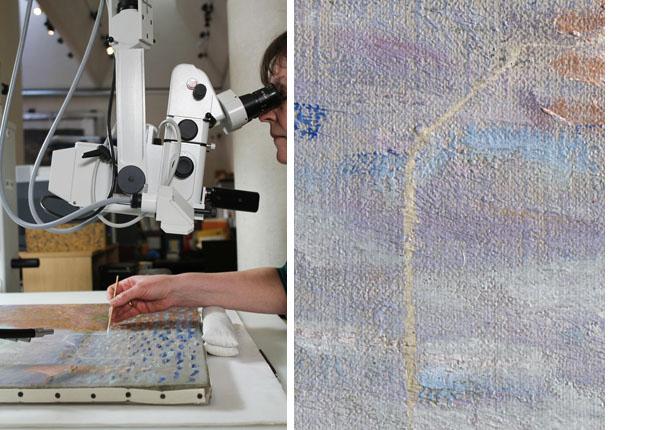 Tiny areas of paint loss (where fragments could not be reinserted) were filled with a reversible material made from chalk and a low percentage solution of animal gelatine glue. This material termed gesso, was pigmented to match the colour of the original priming layer. Photo via National Gallery of Ireland