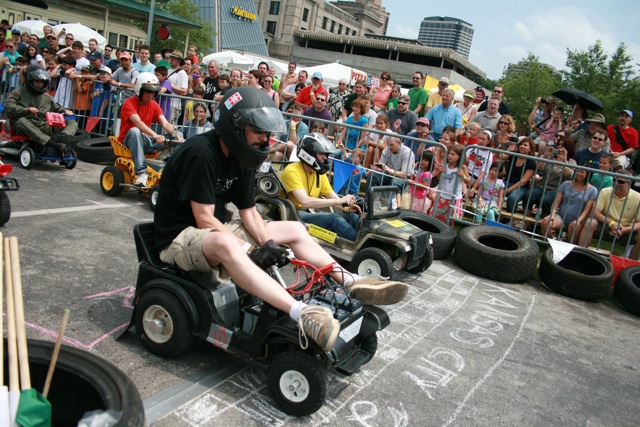 The Power Racing Series is an auto racing series for hacked Power Wheels toy cars. The event is aimed at hackerspaces and races take place at midwestern Maker Faires. Founder Jim Burke is raising funds for the 2012 season on Kickstarter.

The last race included over 22 cars, and got us noticed nationwide. Wired Magazine just ran a short piece on Power Racing Series in their October issue, and we will also be getting a blurb in the November issue of Make Magazine. We’re expecting even more cars and more races for the 2012 season. Unfortunately, our pocketbooks are saying otherwise.