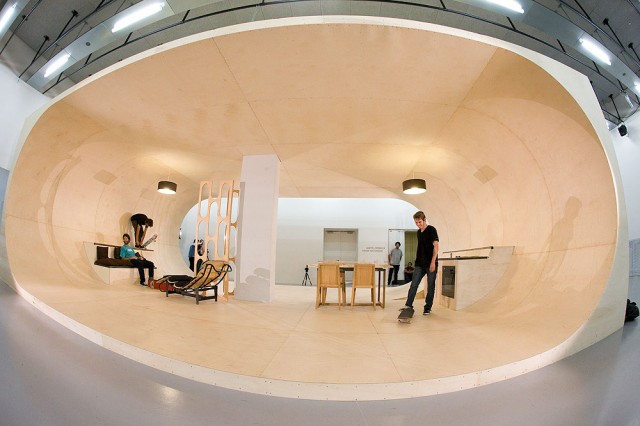 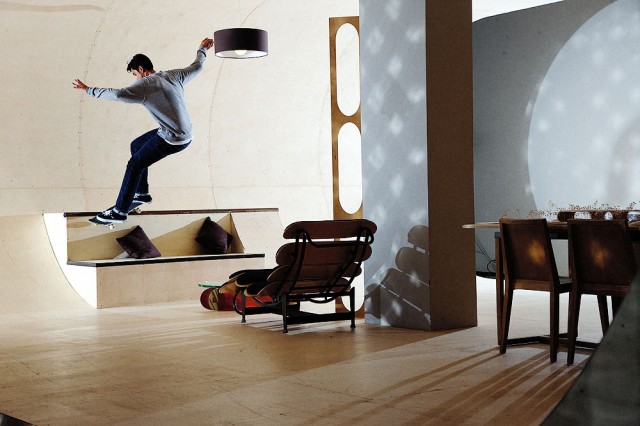 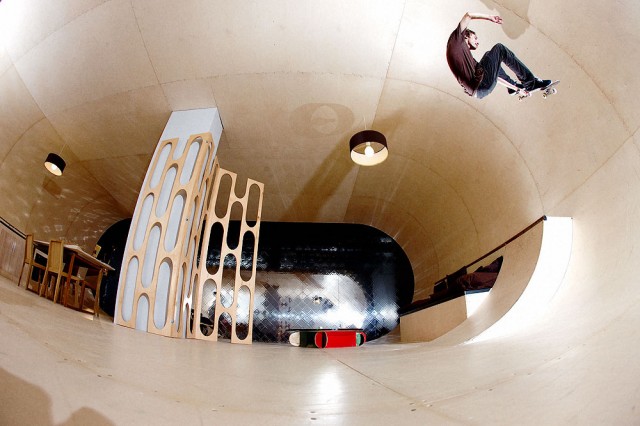 The PAS House is a home in which nearly every surface can be used for skateboarding, from the walls to the bed. The house is a collaboration between architect Francois Perrin, designer Gil Le Bon Delapointe, and Pierre André Senizergues, a former pro skateboarder and owner of several sportswear brands. The house is still in the planning stages, though a full-scale skateable living room mockup is on display at the “Public Domaine” exhibition in Paris through August 7.