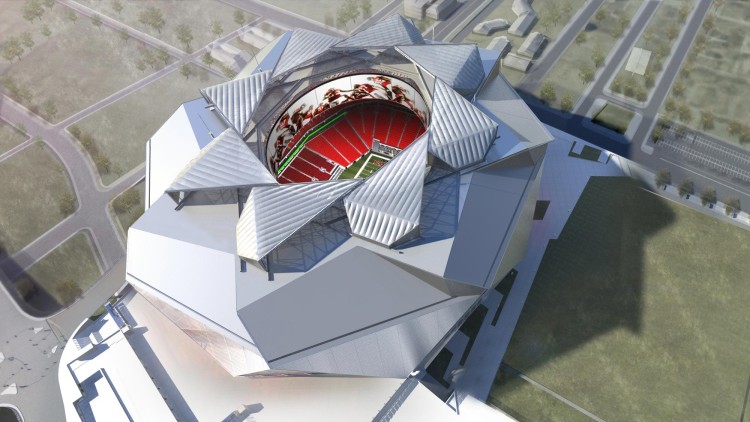 In May 2014 construction began on the New Atlanta Stadium, a 65,000-seat stadium in Atlanta, Georgia that will be the new home of the Atlanta Falcons NFL team. The stadium features a striking angular design inspired by the wing in the Atlanta Falcons logo. Enormous windows will illuminate much of the stadium with natural light. But perhaps the most intriguing design feature is the retractable roof, which opens and closes much like a camera aperture (though the stadium’s designers at the Populous architecture firm cite their inspiration as the oculus at the Pantheon in Rome). The stadium is scheduled to open in 2017. 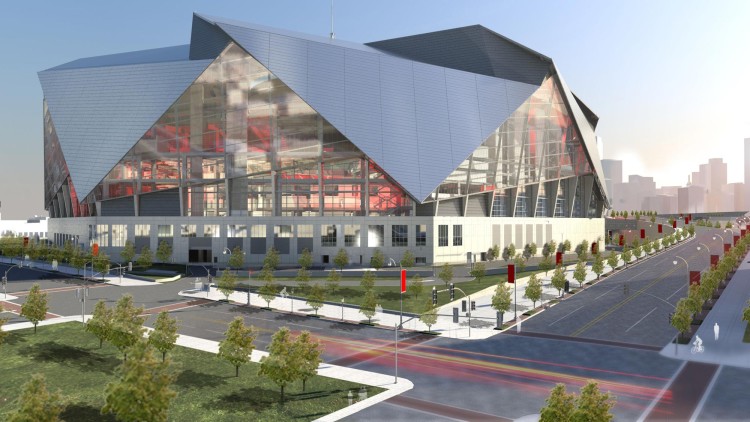 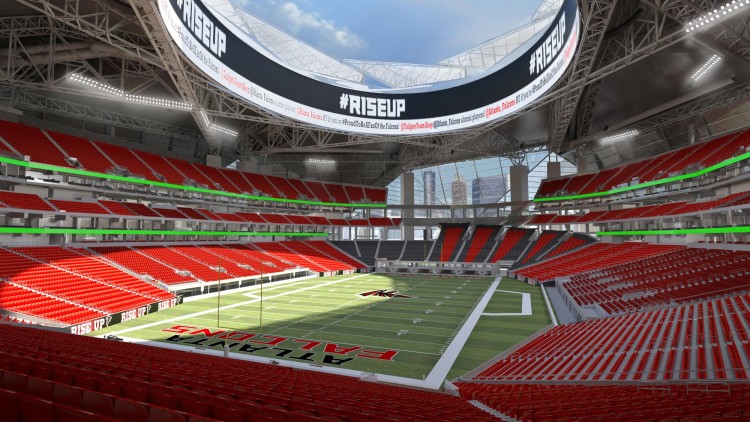 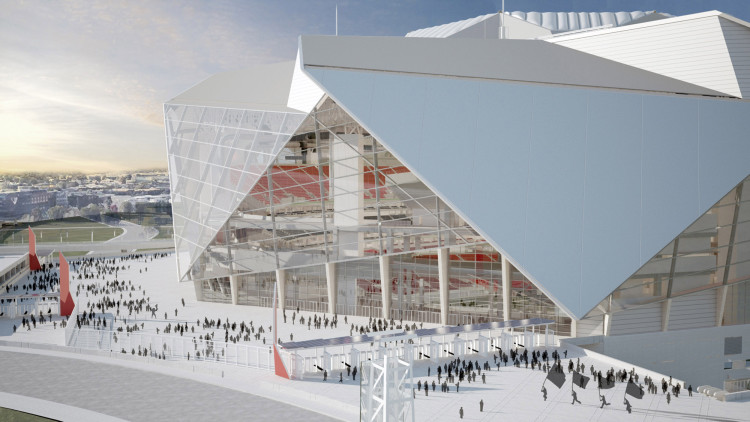