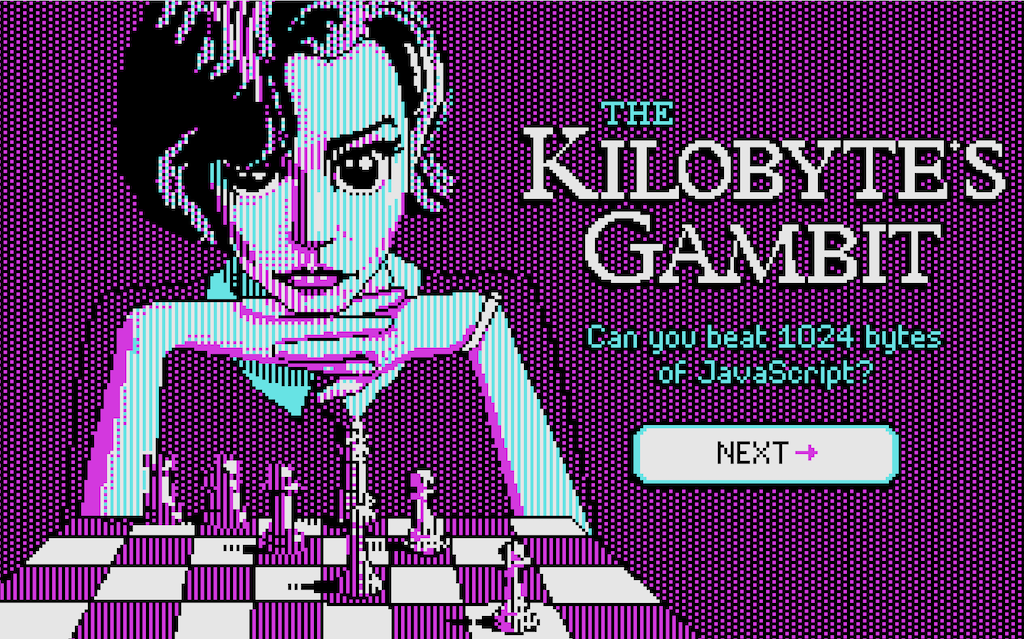 The Kilobyte’s Gambit by Matt Round of the entertainment site VoleWTF is an online computer Chess game that features pixel art from different scenes of the runaway Netflix hit The Queen’s Gambit. The game itself is very minimal as it operates with only 1024 bytes of JavaScript, though some of that code is used for setting up the board and validating moves.

A 1kb chess engine combined with pixel art of The Queen’s Gambit. Can you beat 1024 bytes of JavaScript?

The game is a modified version of one previously created by Oscar Toledo G.

The Kilobyte’s Gambit is an amazingly-looking chess program in Javascript working both in computers and phones. This genius animated game by Matt Round integrates my 1K chess program as engine, and the amazing graphics by Pinot W. Ichwandardi for a CGA 4 colors look.

The game’s art was inspired by Pinot W. Ichwandardi, who reimagined The Queen’s Gambit as an MS-DOS Chess game.

If #TheQueensGambit was MS DOS chess game in 80s. These are the artwork, in composite monitor- with color & monochrome mode | #pixelart @netflix pic.twitter.com/FUjExcO5UO