The Huggable is a plush interactive robotic companion developed by the Personal Robotics Group at Massachusetts Institute of Technology (MIT) that seeks to help mitigate stress, pain, and the anxiety of medical treatment for pediatric cancer patients and their parents at http://www.bmsch.org/”>Boston Children’s Hospital. In providing this kind of comfort, The Huggable becomes an important addition to the young patient’s team.

Children and their parents may undergo challenging experiences when admitted for inpatient care at pediatric hospitals. While most hospitals make efforts to provide socio-emotional support for patients and their families during care, gaps still exist between human resource supply and demand. The Huggable project aims to close this gap by creating a social robot able to mitigate stress, anxiety, and pain in pediatric patients by engaging them in playful interactions. In collaboration with Boston Children’s Hospital and Northeastern University, we are currently running an experimental study to compare the effects of the Huggable robot to a virtual character on a screen and a plush teddy bear. We demonstrated preliminarily that children are more eager to emotionally connect with and be physically activated by a robot than a virtual character, illustrating the potential of social robots to provide socio-emotional support during inpatient pediatric care.

The Huggable currently uses Android smartphone technology, which controls all the bear’s movements and reactions in a small space. According to research specialist Sooyeong Jeong, “That’s how the robot became smaller and more mobile so we can actually put it right by the bedside.”

It is featured with a full body sensitive skin with over 1500 sensors, quiet back-drivable actuators, video cameras in the eyes, microphones in the ears, an inertial measurement unit, a speaker, and an embedded PC with 802.11g wireless networking. An important design goal of the Huggable™ is to make the technology invisible to the user. You should not think of the Huggable™ as a robot but rather as a richly interactive teddy bear. The actuators are designed to be silent and back drivable so as the Huggable™ moves, you do not hear or feel gears. The movements, gestures and expressions of the bear convey a personality-rich character, not a robotic artifact. A soft silicone-based skin covers the entire bear to give it a more lifelike feel and heft, so you do not feel the technology underneath. Holding the Huggable™ feels more like holding a puppy, rather than a pillow-like plush doll.

The Huggable actually started out as a traditional brown teddy bear before settling into its current blue and green visage. 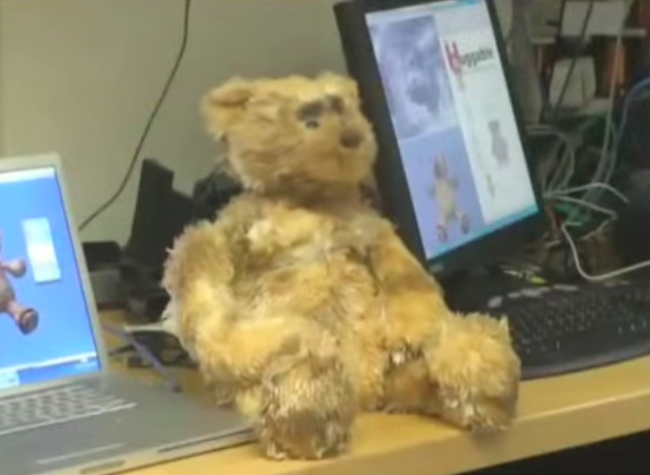 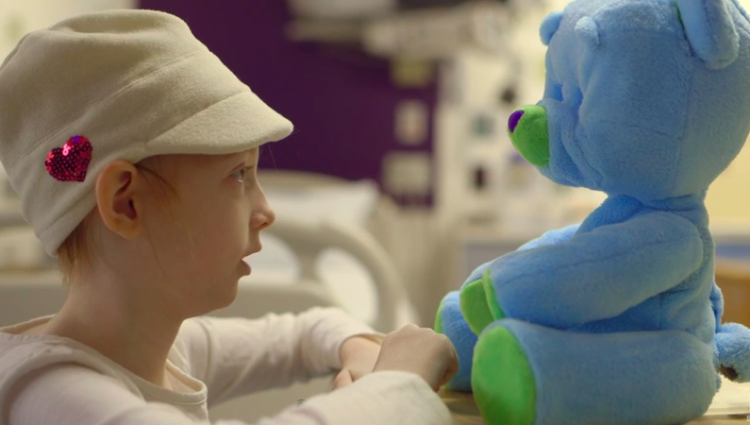 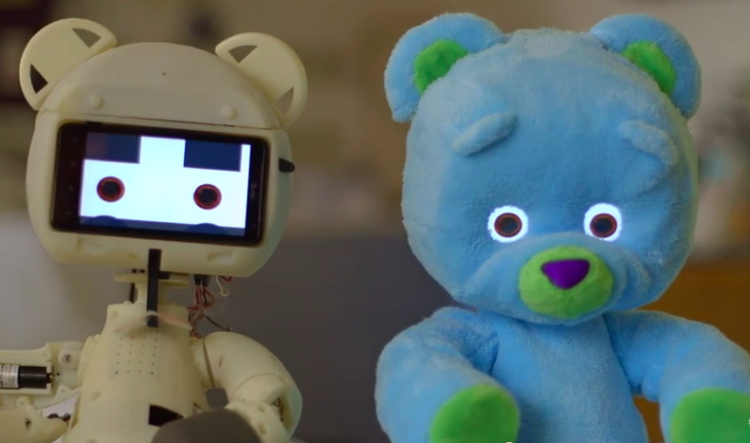 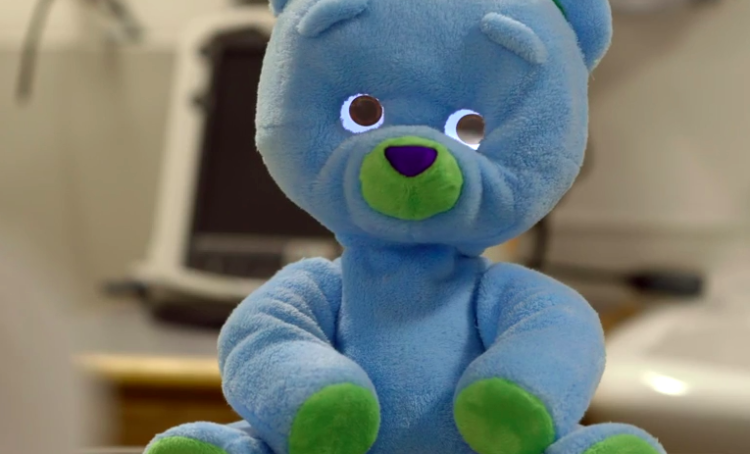 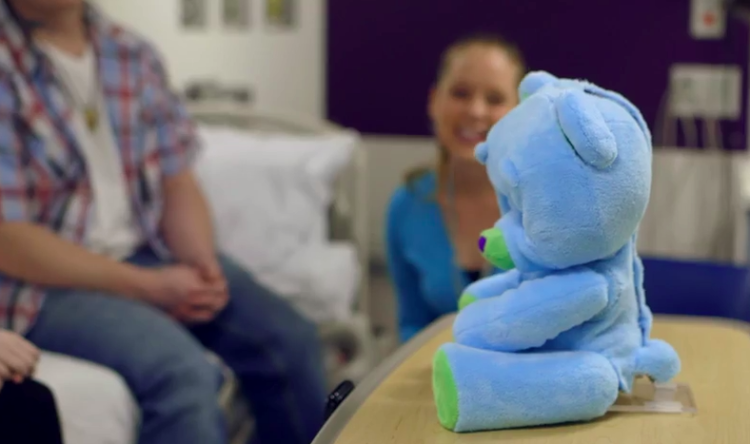