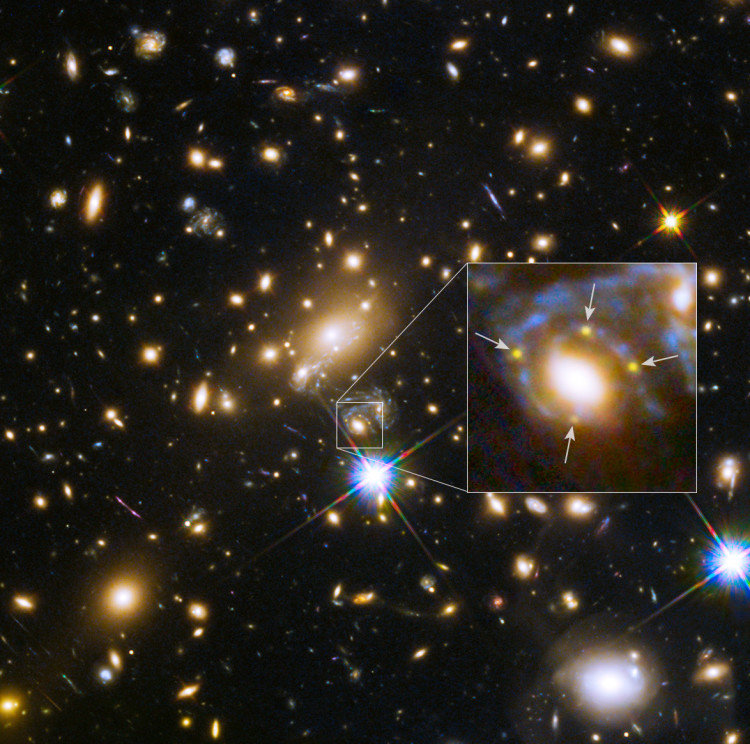 The Hubble Space Telescope has captured an image of the same supernova in four different locations thanks to a phenomenon known as gravitational lensing. Light from the exploding star is being bent by the gravity of a massive galaxy cluster, allowing the Hubble to see behind it. The image was processed by a team that included the Grism Lens-Amplified Survey from Space (GLASS), an organization that uses Hubble data to search for distant supernovae.

The supernova and gravitational lensing were the subject of a recent episode of the New York Times series Out There that explained the phenomenon to put the Hubble image into context.

A similar image known as the Einstein Cross shows a gravitationally lensed quasar behind a galaxy known as Huchra’s lens. 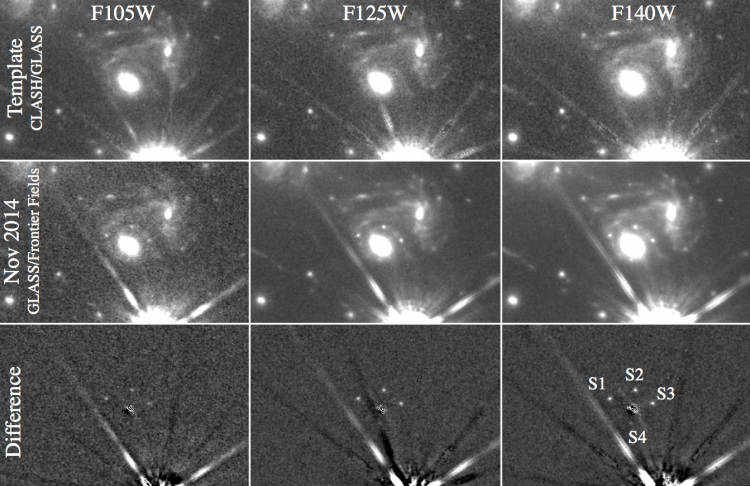