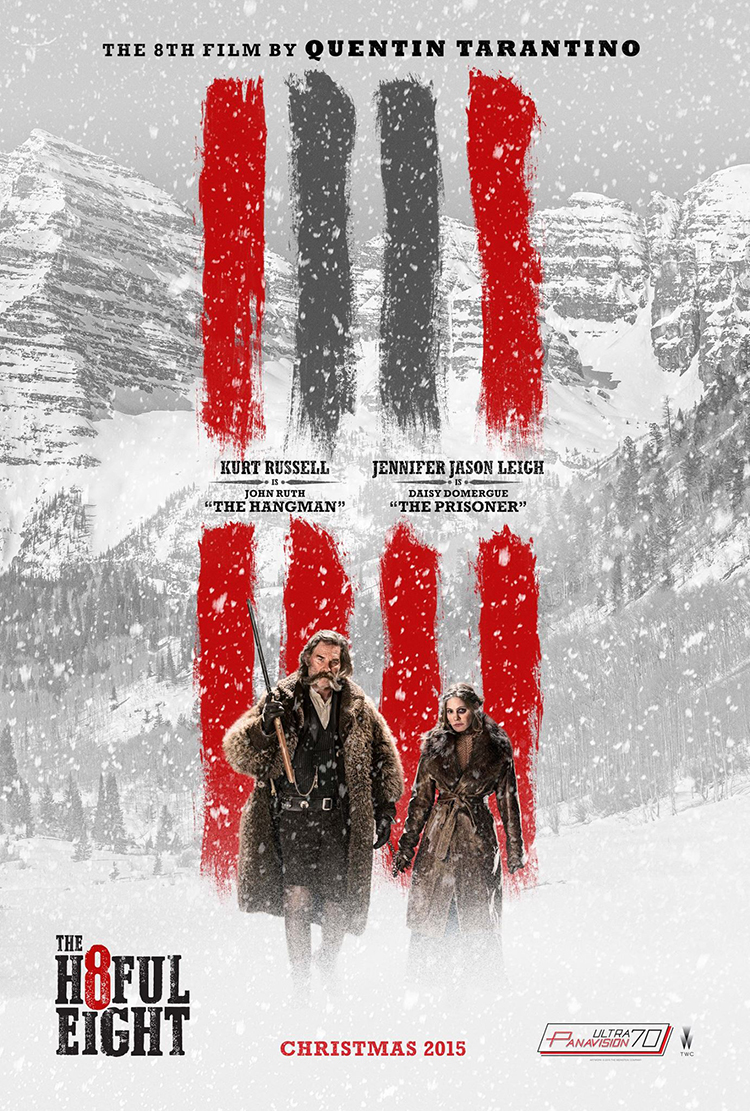 Kurt Russell as John Ruth, “The Hangman” and Jennifer Jason Leigh as Daisy Domergue, “The Prisoner”

All seven character posters have been released for The Hateful Eight, Quentin Tarantino‘s upcoming feature film about a group of dangerous bounty hunters who are trapped together in a post-Civil War Wyoming. The Hateful Eight is schedulued to only be released in 70 mm film format on December 25th, 2015 and then released in digital theaters on January 8th, 2016.

In post-Civil War Wyoming, bounty hunters try to find shelter during a blizzard but get involved in a plot of betrayal and deception. Will they survive? 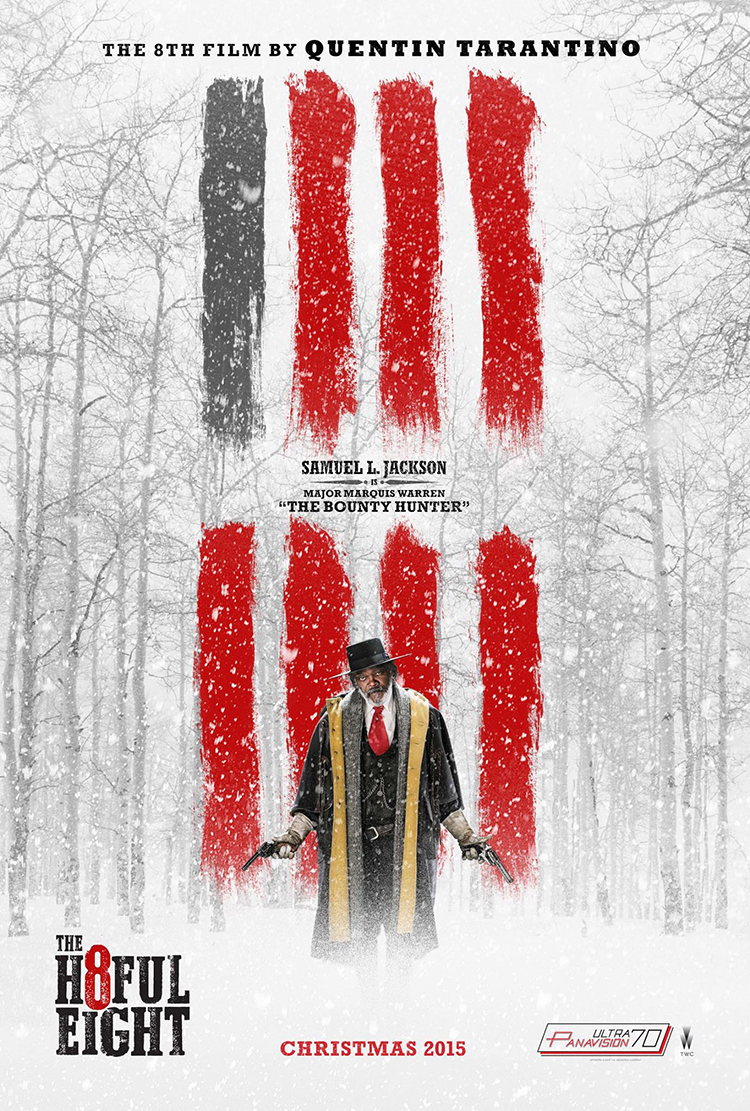 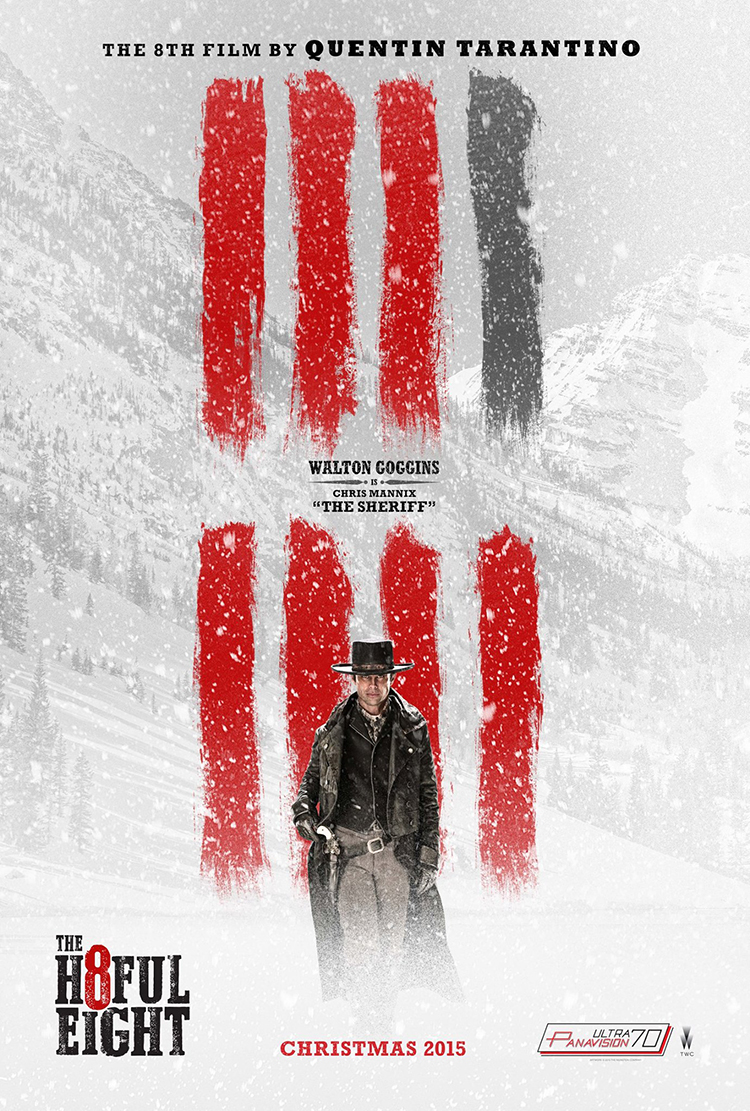 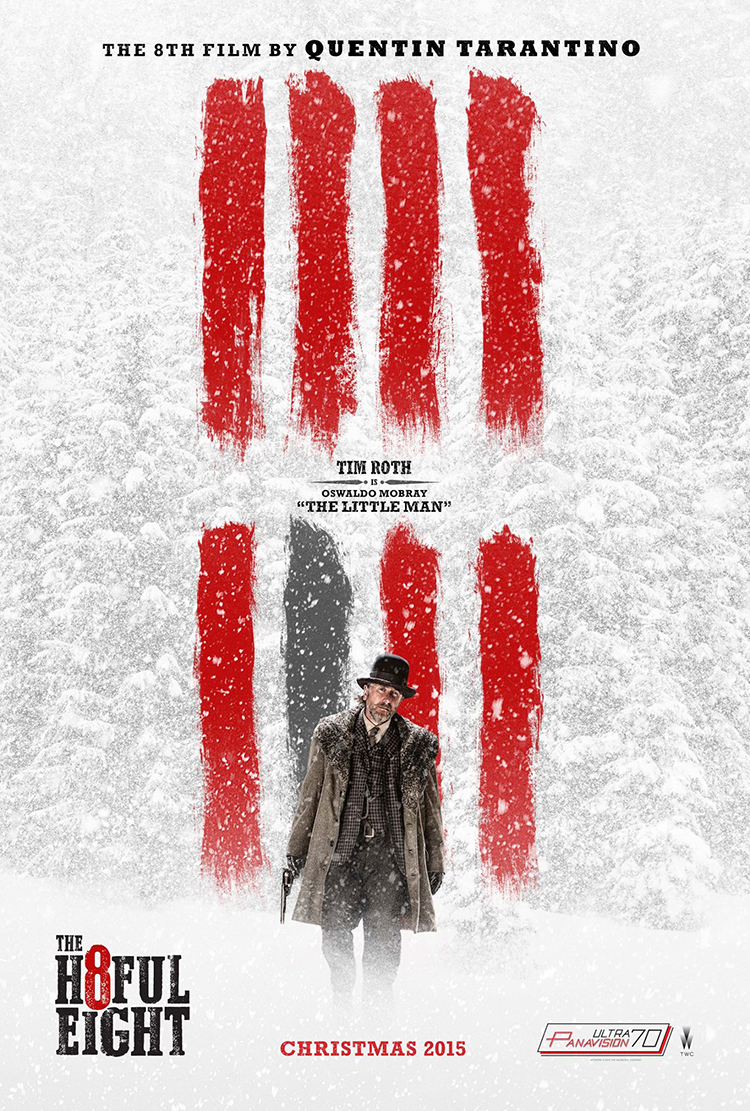 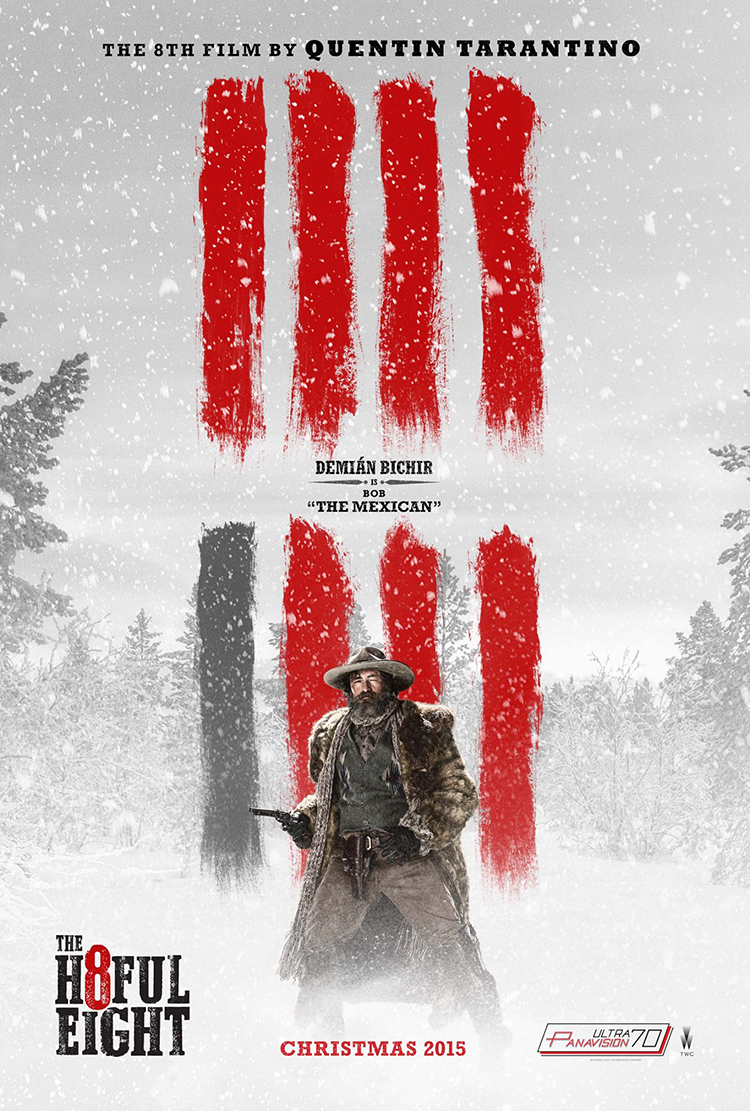 Demián Bichir as Bob, “The Mexican” 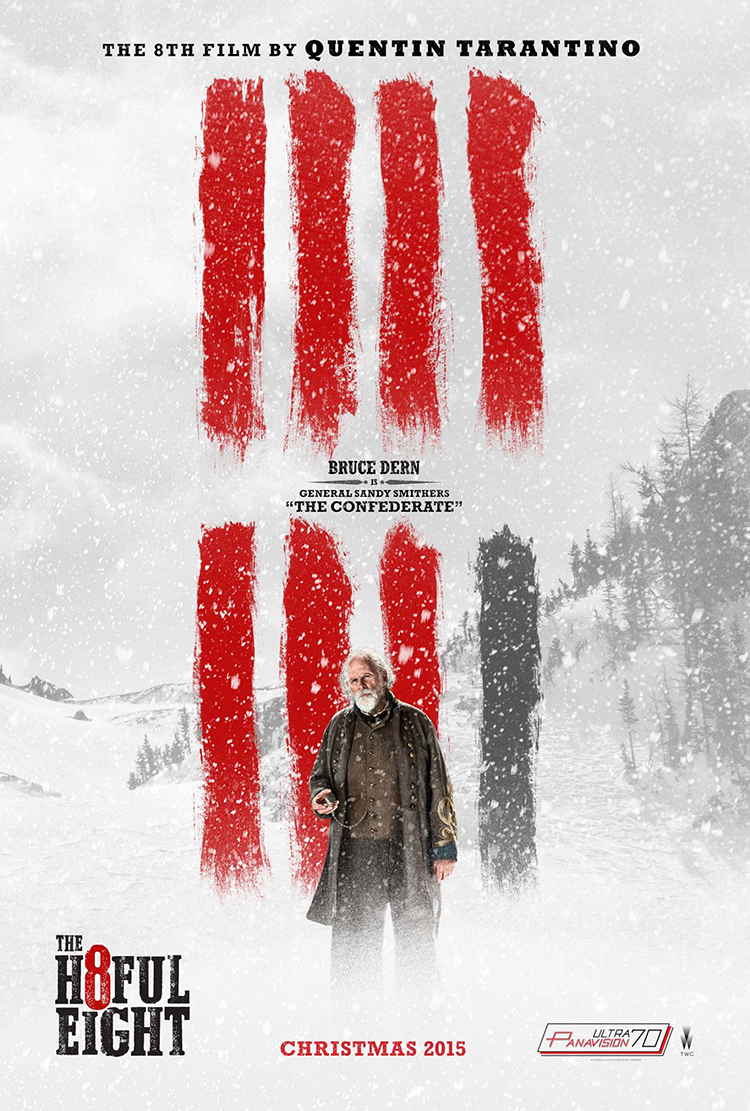 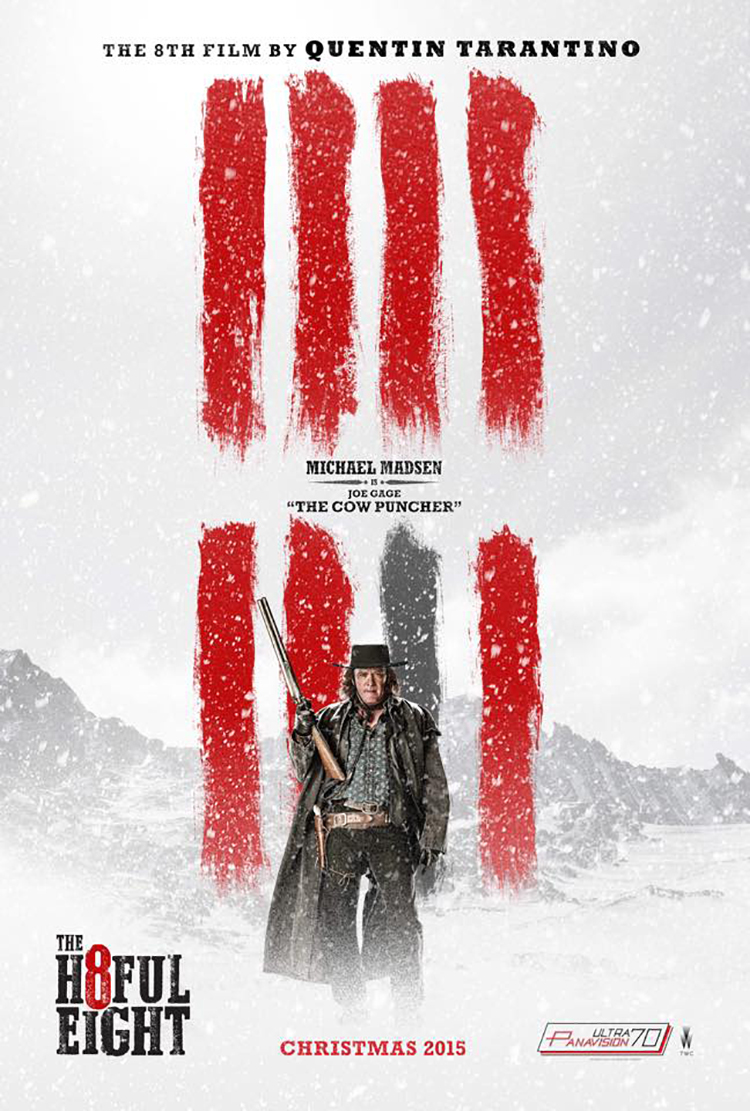 images via The Hateful Eight