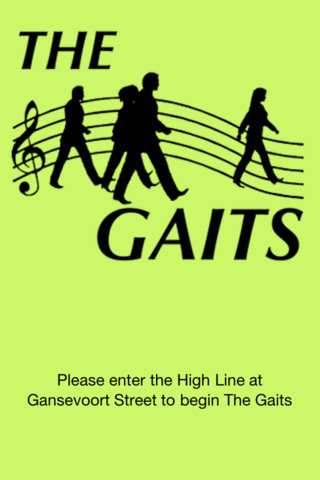 The Gaits turns footsteps into electric guitar chords, zen gongs, and more…the user becomes a musical instrument as he or she strolls down the High Line in New York City. The user moves through a series of composed spaces, with various families of sounds tied to each area.