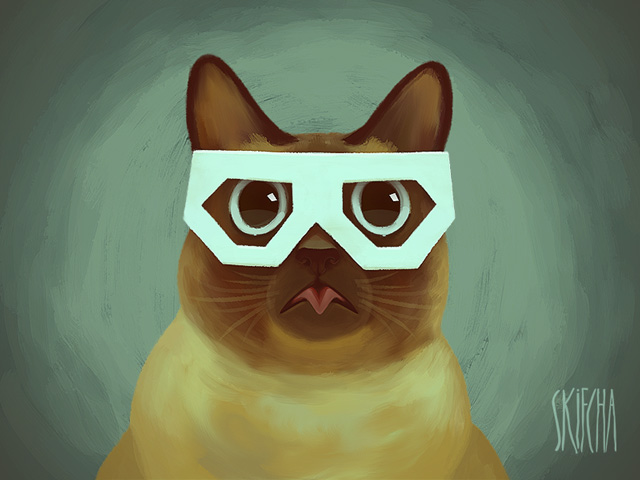 Skifcha is a Russian cat who wears paper eyeglasses and stars in several entertaining videos including stereo skifcha (where he also dons a paper mustache). His first film role was Dramatic Skifcha which shows his serious side. In a later film, skifcha/sky, he gains a siamese cat sidekick. Filmmaker Denis Borisovich is the man behind all of Skifcha’s awesome film shorts. 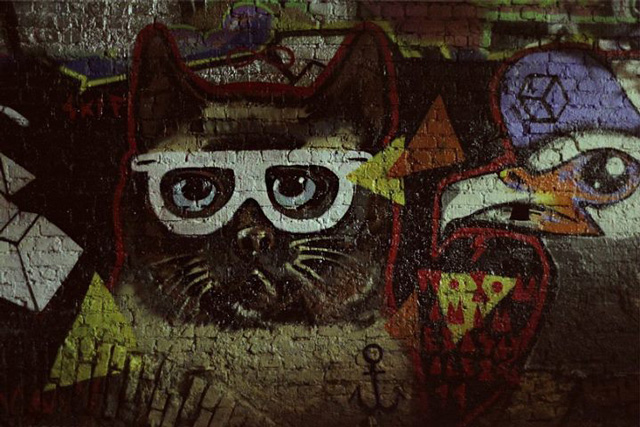 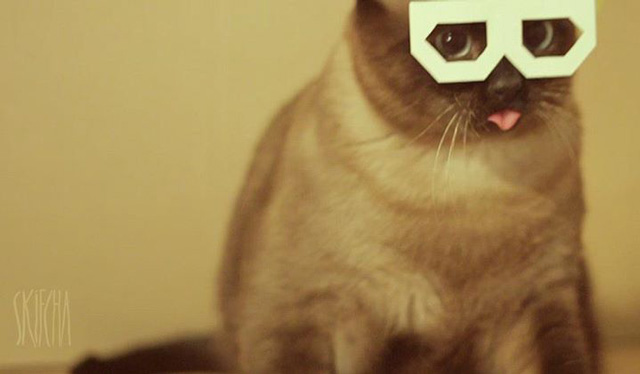