This 1965 Ford promotional film features a demonstration of the experimental wrist twist steering system. The wrist twist system replaced the steering wheel with two five inch plastic rings that could be operated by one or both hands. The system was developed by Robert Rumpf, an engineer with a background in missile design. It does not appear to have entered production. For more, see this 1965 Popular Science article. 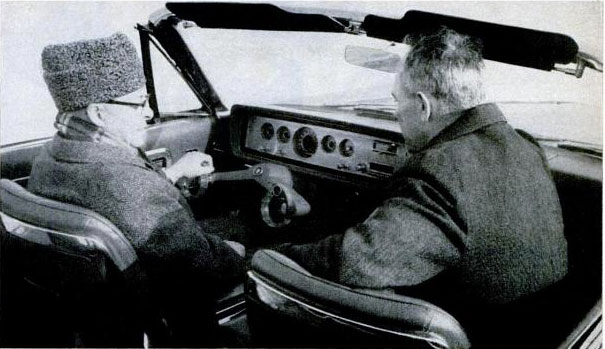