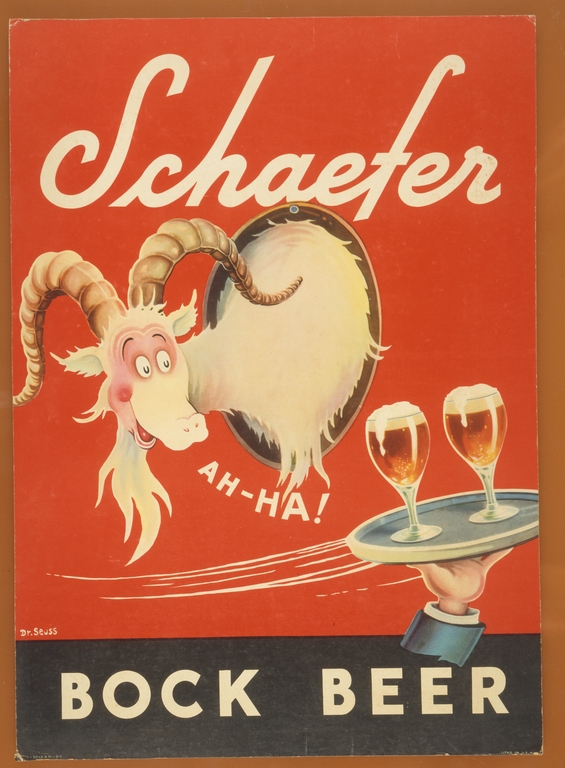 Before he was a children’s book author, Theodore Seuss Geisel (aka ‘Dr. Seuss’) created illustrations for magazine and internal advertisements for companies like Ford, Holly Sugar, NBC, and many more. The Advertising Artwork of Dr. Seuss has catalogued these delightful ads online, which is a project of the Mandeville Special Collections Library at the University of California, San Diego (where the Dr. Seuss Collection lives). 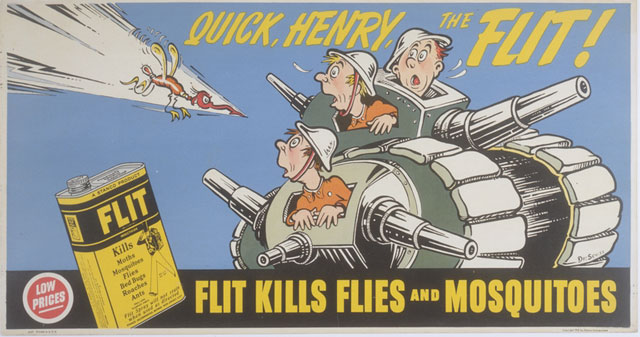 His first steady job after he left Oxford was as a cartoonist for Judge, a New York City publication. In 1927 one of these cartoons opened the way to a more profitable career, as well as greater public exposure, as an advertising illustrator. This fortuitous cartoon depicts a medieval knight in his bed, facing a dragon who had invaded his room, and lamenting, “Darn it all, another dragon. And just after I’d sprayed the whole castle with Flit” (a well-known brand of bug spray).

According to an anecdote in Judith and Neil Morgan’s book Dr. Seuss and Mr. Geisel (Random House, 1995), the wife of the ad executive who handled the Standard Oil company’s account saw the cartoon. At her urging, her husband hired the artist, thereby inaugurating a 17-year campaign of ads whose recurring plea, “Quick, Henry, the Flit!,” became a common catchphrase. These ads, along with those for several other companies, supported the Geisels throughout the Great Depression and the nascent period of his writing career. 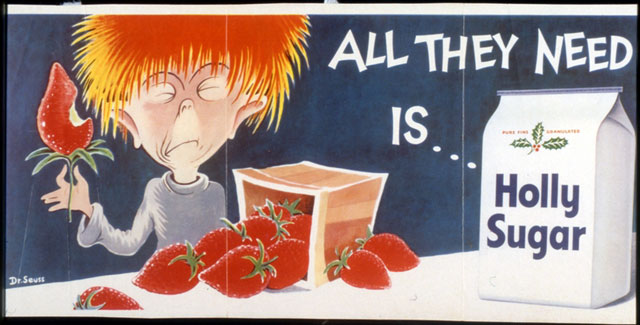 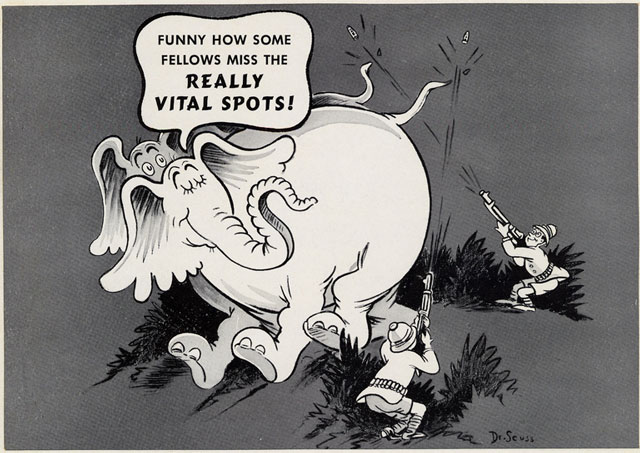 via The Millions and Flavorwire