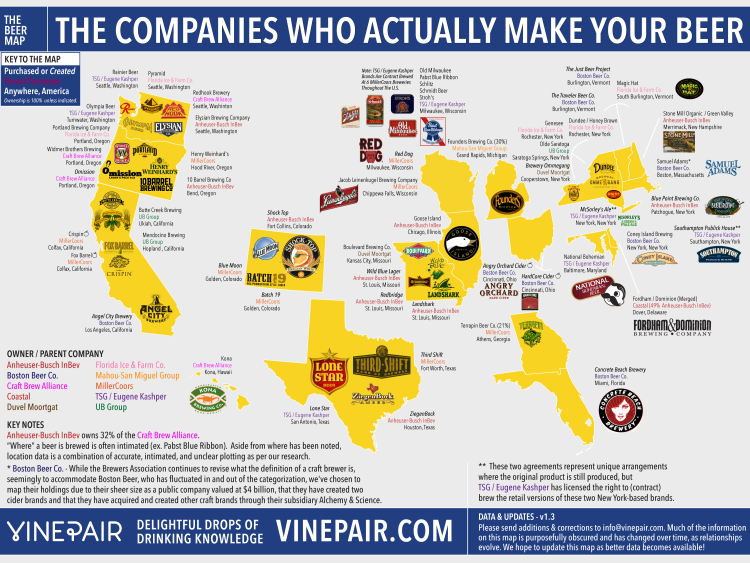 In light of the controversy stirred up by the Budweiser Super Bowl ad during which the company made clear their disdain for both craft beers and the people who drink them, Vine Pair has put together “The Companies Who Actually Make Your Beer”, a helpful infographic that reveals which big businesses (including Budweiser) are marketing beers that look like craft brews, but really aren’t.

After all of the controversy surrounding the Super Bowl anti-craft beer ad from Budweiser, we got to thinking, who actually owns a lot of the beers we all enjoy, so we did some digging. Much of who actually owns our beer is purposefully obscured, while other times it’s just lost in a sea of big business. …It’s also not a judgement of quality. Some of the beers on this map are great. Some aren’t. Either way, we believe you should drink what you like. We also believe you should know who made that beer though, which is why we created the map