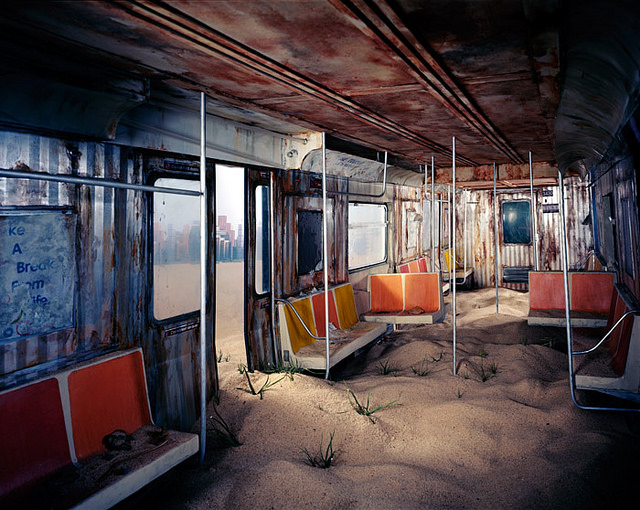 Artist Lori Nix creates intricate dioramas of indoor spaces which appear to have suffered from some mysterious catastrophe in her series “The City”. Nix spends about seven months building each diorama by hand, and two to three weeks photographing them with an 8×10 large format camera. All of this occurs in the living room of her Brooklyn apartment. She talks about her process on her website, and provides some behind-the-scenes photos on her blog. Nix has been building and photographing dioramas since the early 1990s.

I am fascinated, maybe even a little obsessed, with the idea of the apocalypse. In addition to my childhood experiences with natural disasters, I also grew up watching 1970s films known as “disaster flicks”. I remember watching Towering Inferno, Earthquake, Planet of Apes and sitting in awe in the dark. Here was the same type of dangers I had experienced day to day being magnified and played out on the big screen in a typical Hollywood way. Each of these experiences has greatly influenced my photographic work. 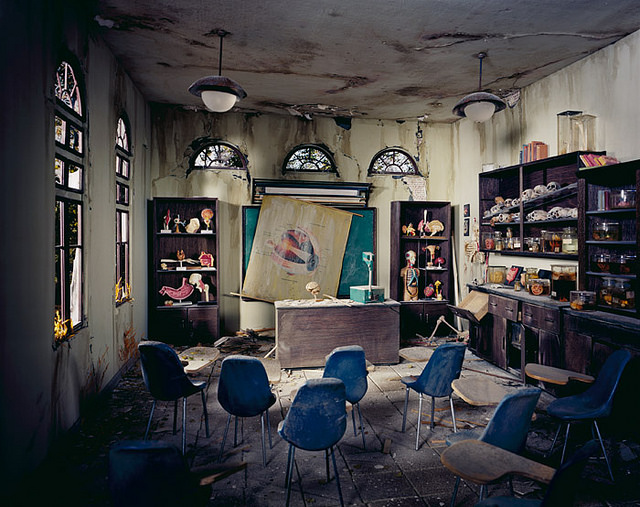 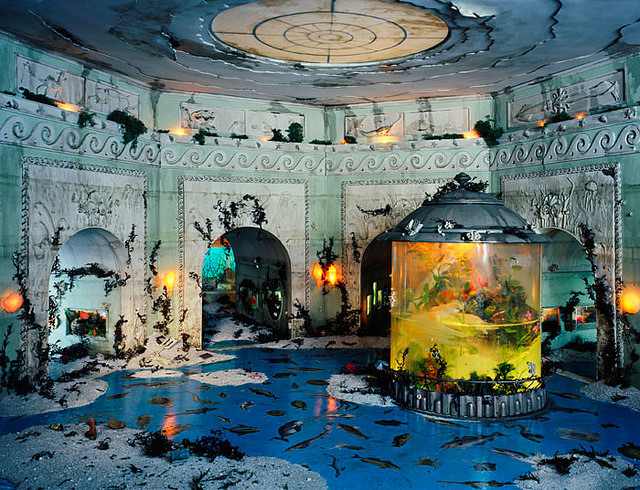 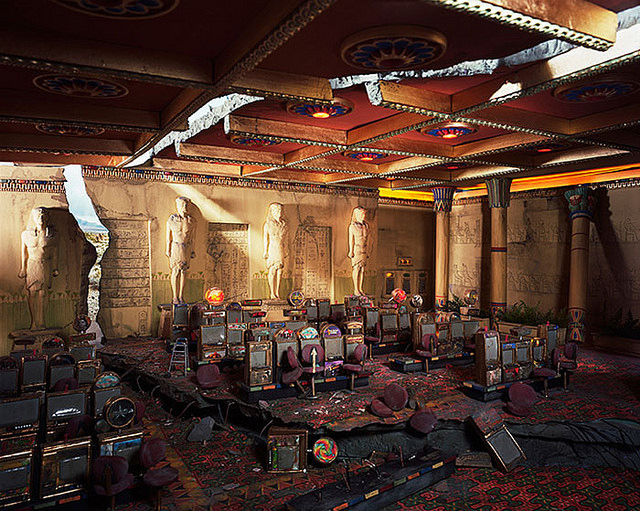 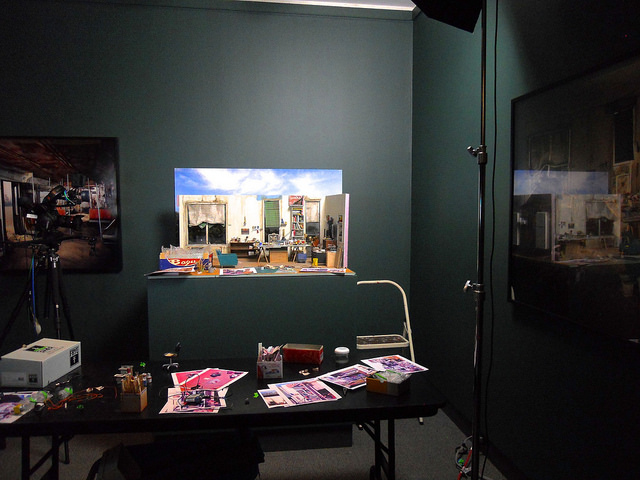