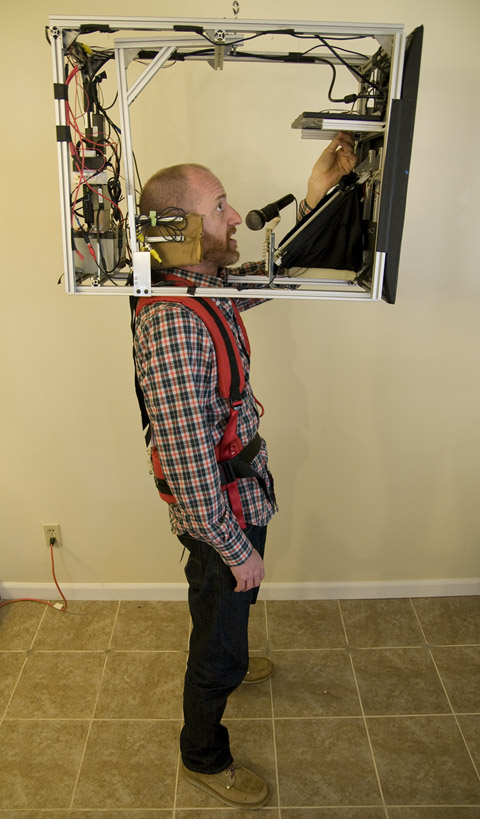 The Big Head by San Francisco artist Dan Rosenfeld is an oversize video conferencing helmet that displays an enlarged version of the wearer’s face on a 24″ monitor at the front of the helmet. Rosenfeld debuted the helmet at this year’s Halloween (video). The Big Head is part of his research and development of new videoconferencing technology.

The wearer’s face is captured with a video camera looking through a half-silvered mirror. There’s a second camera, which captures a view from the front of the box, near the eyes of the on-screen face. The outside view is shown on an internal LCD, which reflects on the half-silvered mirror; this way the wearer can look directly at the LCD and the camera at the same time. (This is essentially a tele-prompter, like Errol Morris’ Interrotron).

via Hack a Day