The Battle of Little Desktop by Slipshotfilms puts us in the middle of a stop-motion animated battle between a small squad of green plastic army men who take on a large army of tan. I love the smell of burnt plastic in the morning.

Green army squad took up a position and dug in on little desktop. As they waited for dust off of a fallen soldier, they were attacked by an entire brigade of tan army encamped by the printer. With little ammunition and heavily outnumbered, the green army fought valiantly until they could be rescued by air support.

This video is dedicated to the men who died defending little desktop. 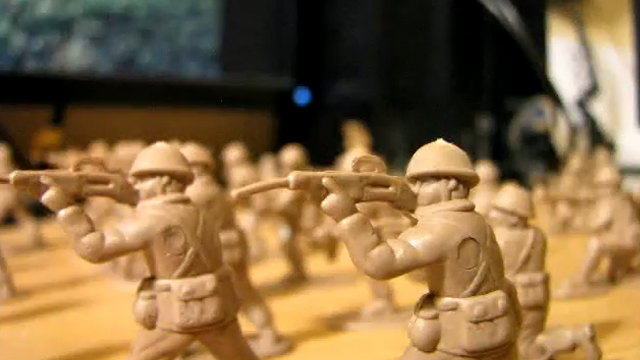 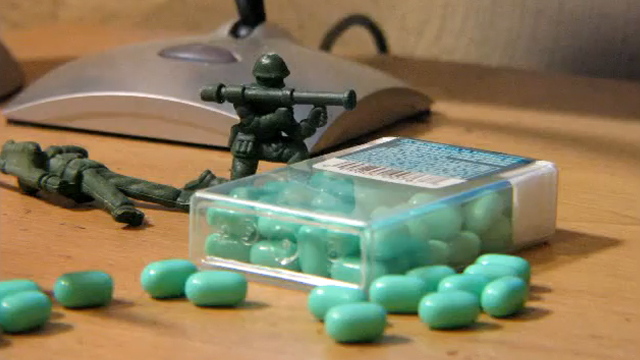 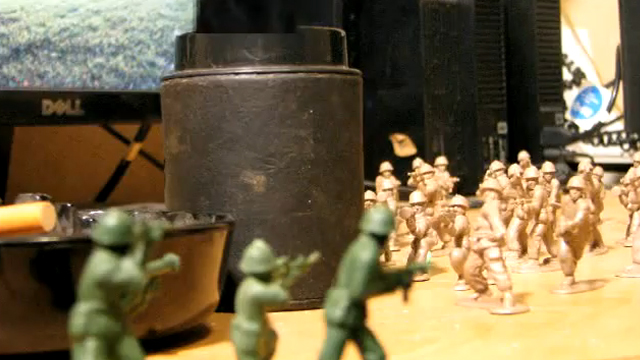 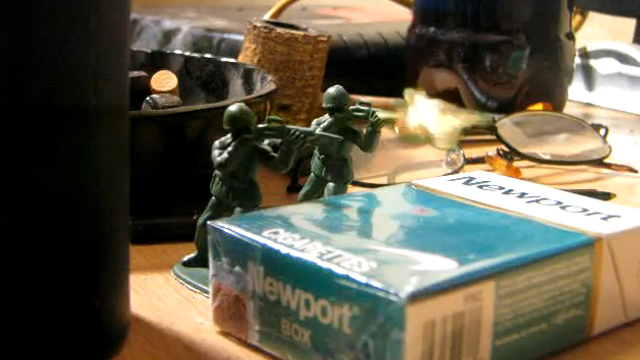 via Everlasting Blort and Neatorama