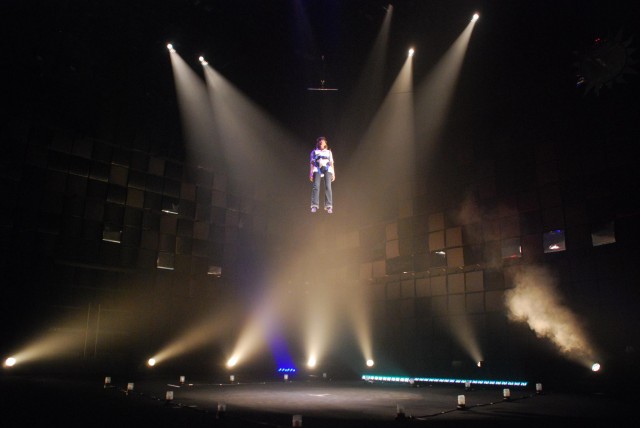 The Ascent is a participatory performance installation by Yehuda Duenyas in which a person is tethered to an EEG and a harness and must maintain concentration in order to be lifted into the air (video). As they ascend, the participant receives feedback from audio and visual effects triggered by their brain activity as well as distracting effects intended to derail their concentration. Should they ascend the 30 feet to the top of the installation, they are rewarded with a light and sound show celebrating their victory.

The Ascent recently opened at a private premiere in Brooklyn. For more on the installation, see this New York Times article. There is no word yet on when The Ascent will open to the public.