Call him Pavel Puhov, P-183, “Pavel 183” or, as happens frequently these days, “the Russian Banksy” (as Russia’s RT News do here). By whatever name, he makes inventive, ambitious street art that often has a sharp political point. 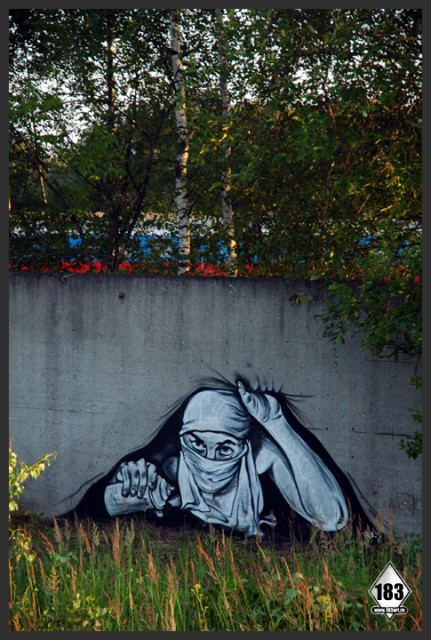 The Moscow-based graffiti and street artist has operated for more than a decade, and is reportedly about 30 years old.

Whether adding real fire to a large-scale graffiti portrait of a protestor, installing life-sized decals of riot police to subway station doors so commuters pushing past also undermine their potency, or something more whimsical like his giant-scale candy bars replicas, Pavel’s most exciting work tends to bust its way out of 2 dimensions into 3-D. Recently he’s worked a lot in public projections, like this one featuring the iconic Afghan girl photo from National Geographic: 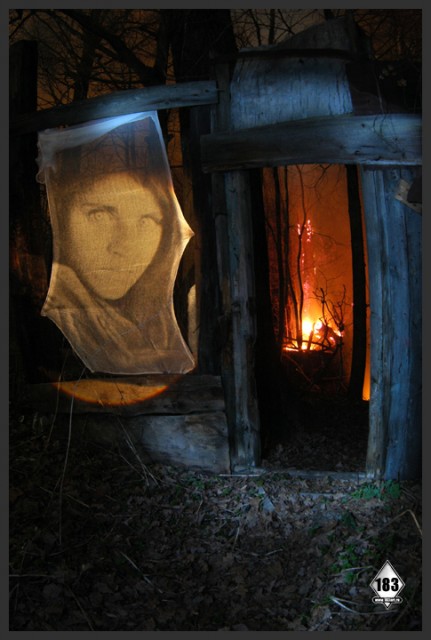 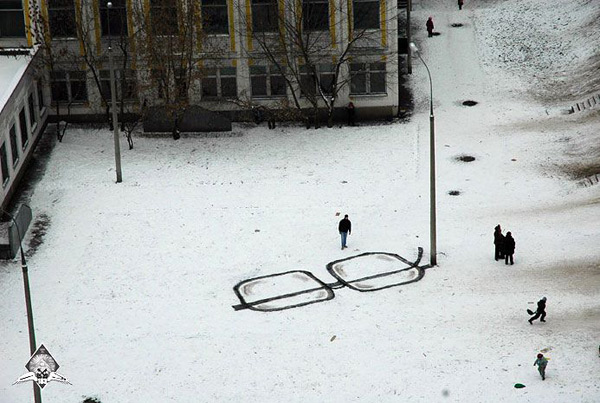 You can find more of his work and an interview in Russian here.

The chocolate bar is Alenka, an iconic brand in Russia, one of few that survived from Soviet times to present day.