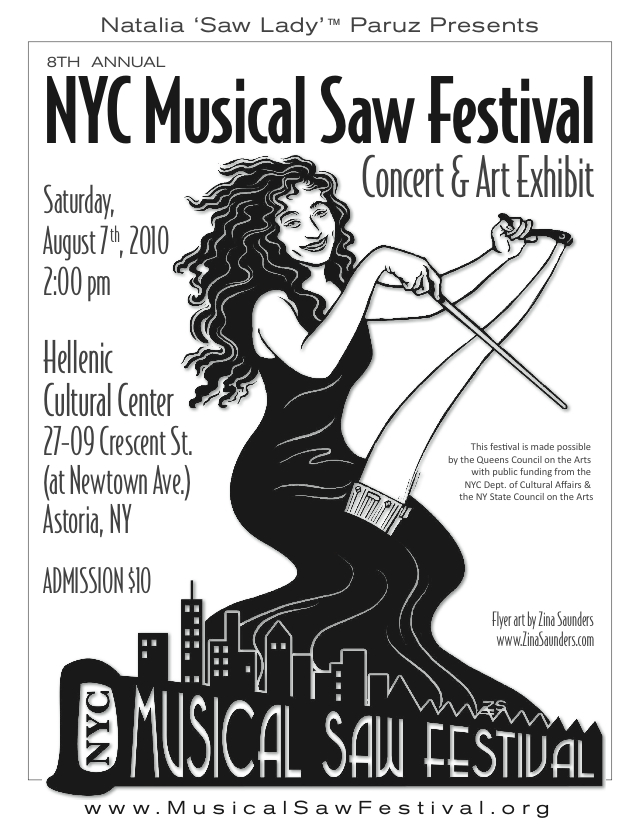 Musical saw playing is the little-known art of making music with a hand saw. Saw players typically hold the base of the saw between their knees and bow the dull side of the blade to while bending the saw in an “S” shaped curve. The resulting ethereal sound is similar to the theremin and, like the theremin, is easy to create but difficult to master. For those interested in this obscure art form, the 8th Annual NYC Musical Saw Festival is the place to meet up and play with others. The festival will be at the Hellenic Cultural Center in Astoria, NY on August 7th. The event is organized by Natalia “Saw Lady” Paruz, a NYC street musician who has also performed with the Israel Philharmonic Orchestra and happens to be one of my favorite saw players. Check out the video (embedded below) of Natalia playing music from the film Delicatessen. I’d say she’s a cut above your average saw player… if I didn’t think most of you probably saw that joke coming from a mile away.