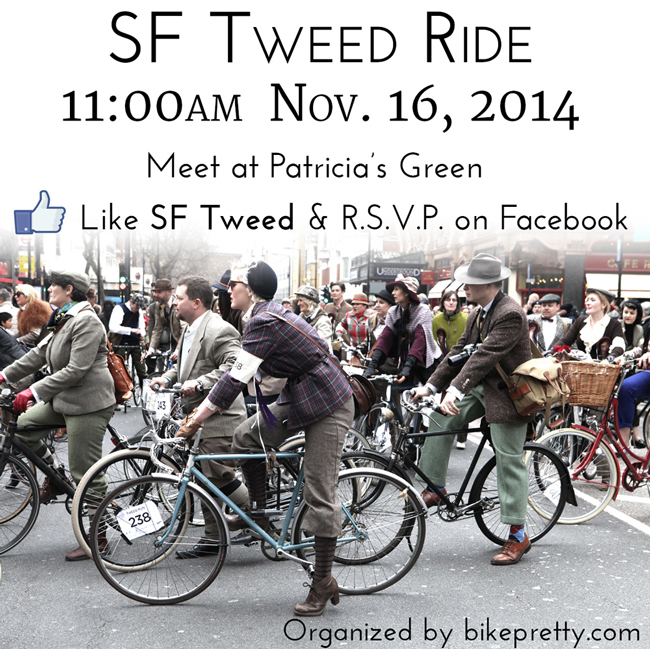 The 2014 San Francisco Tweed Ride, a bicycle ride for dapper cyclists, takes place November 16. The ride will begin at Patricia’s Green in San Francisco and will then proceed on a stately (and secret) route through the city. The latest edition of the ride is organized by Melissa Davies of Bike Pretty. Dapper cyclists can RSVP on Facebook.

Put on your most dapper tweed, grab a bicycle, and join the merriment at this one-of-a-kind bicycle event. The San Francisco Tweed Ride rolls again! The new edition of this venerable bicycle institution is organized by Melissa of Bike Pretty.
It’s a sartorial celebration–by bike–for riders of different ages, types, and skill levels to enjoy. Don your most dapper woolens. Ride with the most dashing dames and dandies as we tour San Francisco in fine, two-wheeled style.
The ride is fun and safe with stops to socialize along the way. We follow a planned (secret) route and endeavor to be courteous to our more pedestrian fellows. Of utmost importance is to spread the good cheer of the Tweed Ride.