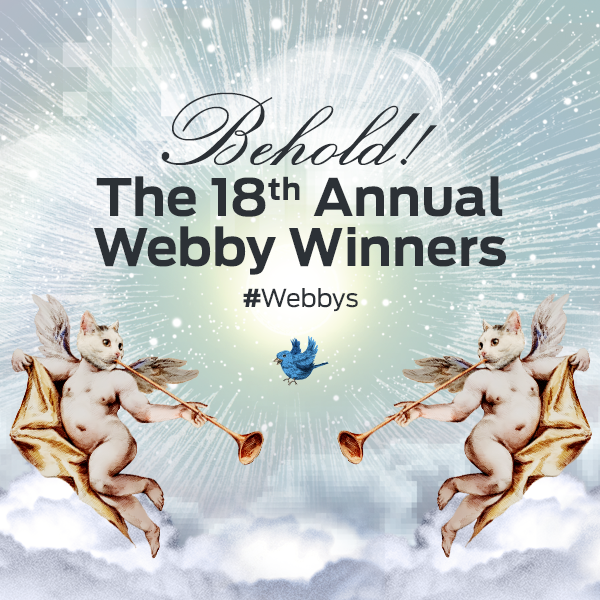 The winners have been announced for the 18th Annual Webby Awards, including those chosen in by the People’s Voice voting. The awards ceremony, hosted by comedian Patton Oswalt, takes place on May 19th in New York City and will be broadcast via the Internet. The full list of winners is available on the Webby Awards’ website.

image via The Webby Awards