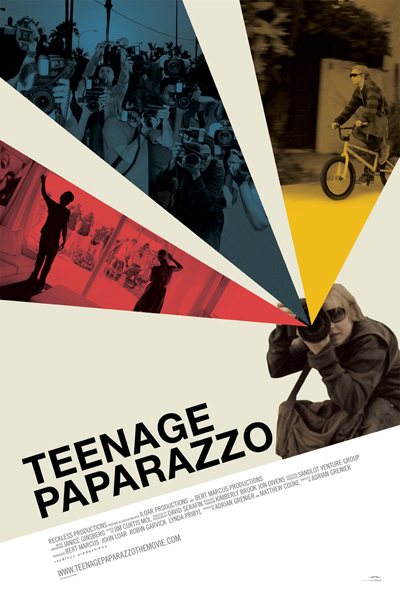 “Entourage” star Adrian Grenier, who is no stranger to paparazzi, was shocked to see a 14-year-old holding his own (and his camera) among veterans more than twice his age. So shocked by the sight of it, he decided to produce a documentary pointed at the paparazzi through his and the teenaged photog’s eyes. The result? “Teenage Paparazzo,” a documentary that went on to become an official selection at the Sundance Film Festival and airing on HBO Monday, Sept. 27 at 9 p.m.