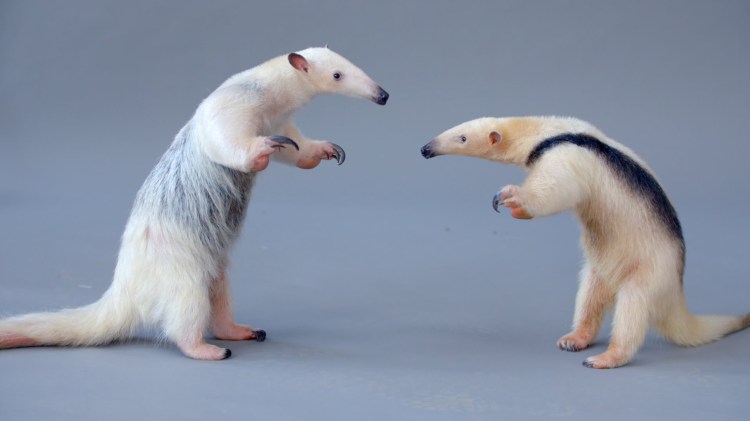 A film crew from Great Big Story had an opportunity to observe Tammi and Lucho, two very cute but highly defensive tamanduas who were meeting for the very first time. Tamanduas are related to anteaters but have the ability to climb trees and are able to release a powerfully odiferous warning system to any predators who might have the wrong idea about their adorable little faces.

They’re tamanduas, the smaller cousins of the giant anteater. When a predator gets too close, the tamandua will release a stinky spray four times stronger than a skunk’s. Its coarse, thick fur also keeps ants at bay. But hunting and the exotic pet trade are a constant threat.