The great folks over at Boing Boing Video and guest-host Todd Lappin recently went on an epic exploration of one of the world’s largest personal collections of military vehicles. The >Military Vehicle Technology Foundation is a museum of tanks, armored cars, and all sorts of things that defy simple classification. The majority of the collection, if not all of it, came from Jacques Littlefield, a self made millionaire that had good taste in rides.

Mr. Littlefield’s interest in tanks was largely technical, not based on their military or historical significance. His collection was not open to the public, but he gave private tours to about 4,000 historians, Boy Scouts, journalists and veterans a year.

“There’s nothing like it,” said Hans Halberstadt of San Jose, an author of several military history books who frequently brought fellow historians to see Mr. Littlefield’s collection. “He gathered these machines and made them available for study. And he was brilliant at understanding how they worked. I really respected him.”

By studying tanks, historians and engineers can learn how various designs worked under differing battle conditions and how each model balanced mobility, armor and fire power, Halberstadt said. 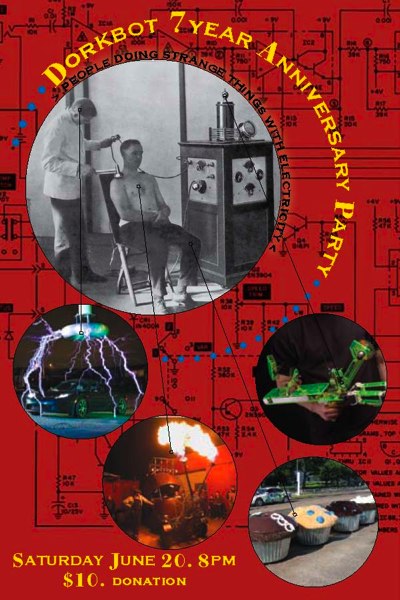 Finally, this video was made possible through Dorkbot SF organizer Karen Marcelo, who reminds us that June 2009 is the 7th anniversary of Dorkbot SF! Jon Sarriugarte is hosting a big 7th Anniversary Party on June 20th, 2009, featuring more oil punk than you can shake a dipstick at.