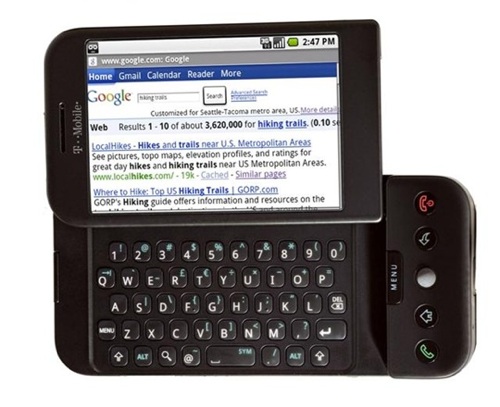 T-Mobile has just announced their new G1 phone (previously known as the HTC’s Dream), which will be the first phone to run Google’s new Android operating system. It is scheduled for release on October 22nd and will retail for $179.00.

Here are some screenshots of the G1 from the Boy Genius Report. Of course everyone is curious to see how the G1 stacks up against the iPhone.