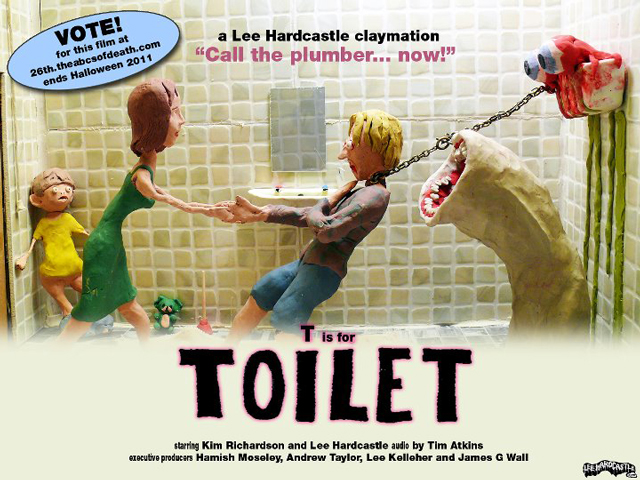 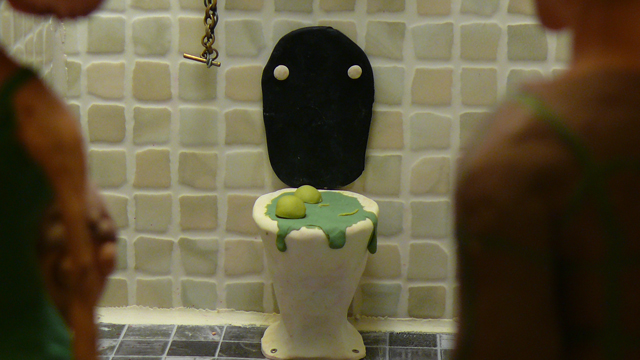 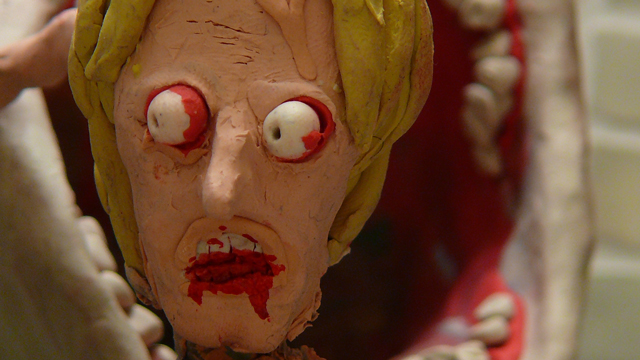 T is for Toilet is the super gory claymation film entry for Alamo Drafthouse’s contest, THE ABCs OF DEATH, from director and animator Lee Hardcastle.

THE ABCs OF DEATH is “a twenty-six chapter anthology feature that showcases death letter by letter” and the coveted final letter “T” is up for grabs for the winning 26th director, as is $5000. Hardcastle’s T is for Toilet definitely has the “Holy Shit” factor that the contest is looking for and the “humorous irony” of teaching the young with fear of punishment which inspired the contest from the beginning. Voting ends on Halloween 2011.

A helpful warning: Parents, don’t show this animated horror short to your potty training kiddo, unless you want to be changing diapers until they’re thirty years old.