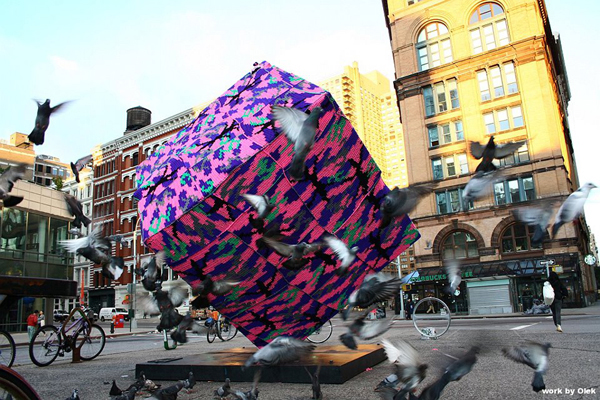 She asked filmmaker Eric Brown to document her installing the art piece.

After working with Olek on a PBS Off Book episode, she asked me if I would shoot an upcoming project. Once she told me what it was, I said sure! Then she told me she would be doing the work at 4:30am. :)

It’s 8:52am right now in New York as I write this, and I shot the video from 4:30am to around 4:50am. Rapid turnaround, early and often. I hope you enjoy seeing Olek and her crew at work, and if you know New York, you’ll get a kick out of seeing the “Astor Place Cube” all dressed up.

Oh, and if you look closely, you’ll see that the sentence crocheted onto the covering is: “I’m still proud of what I do for a living”.

Olek has previously crochet-bombed the Wall St. Bull, a bike under the Brooklyn Bridge and an entire studio apartment. 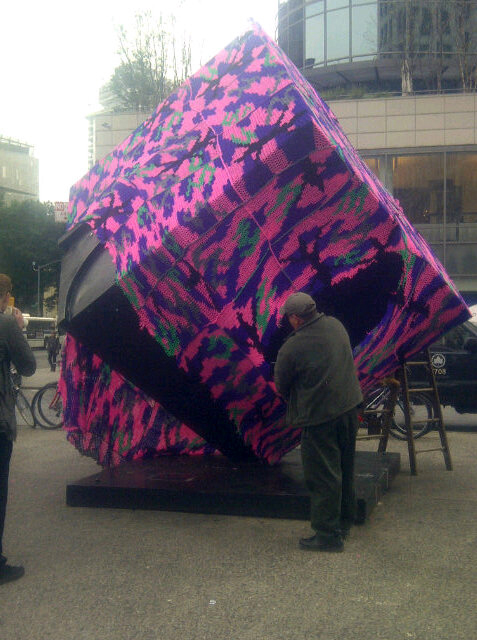