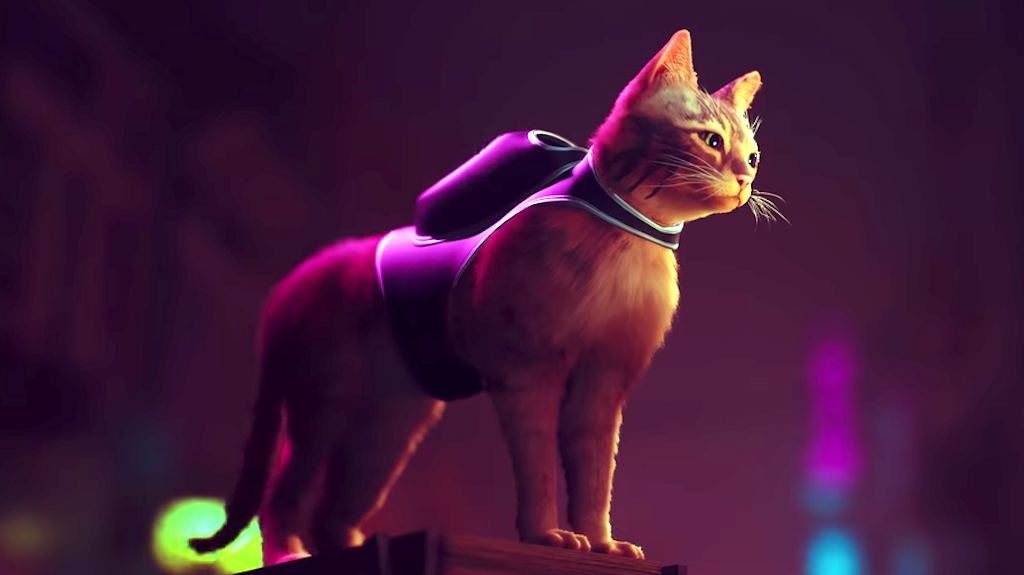 Stray is an amazing, long-awaited video game, in which you play a lost and lonely cat wearing a backpack who navigates a bustling futuristic cybercity to solve an ancient mystery in order to find the way home. In this city, humans have gone extinct and robots have taken their place. The cat, a rare sentient being in this society of droids and dangerous creatures, encounters all sorts of threats and obstacles while on this noble quest. Yet being a determined feline can allow the player to be very silly indeed.

Stray is a third-person cat adventure game set amidst the detailed neon-lit alleys of a decaying cybercity and the murky environments of its seedy underbelly. …See the world through the eyes of a stray and interact with the environment in playful ways. Be stealthy, nimble, silly, and sometimes as annoying as possible with the strange inhabitants of this foreign world.

The game, which originally started out as “HK Project”, is being developed by Blue Twelve Studio in cooperation with Annapurna Interactive and will debut on the new PlayStation 5 in 2021. 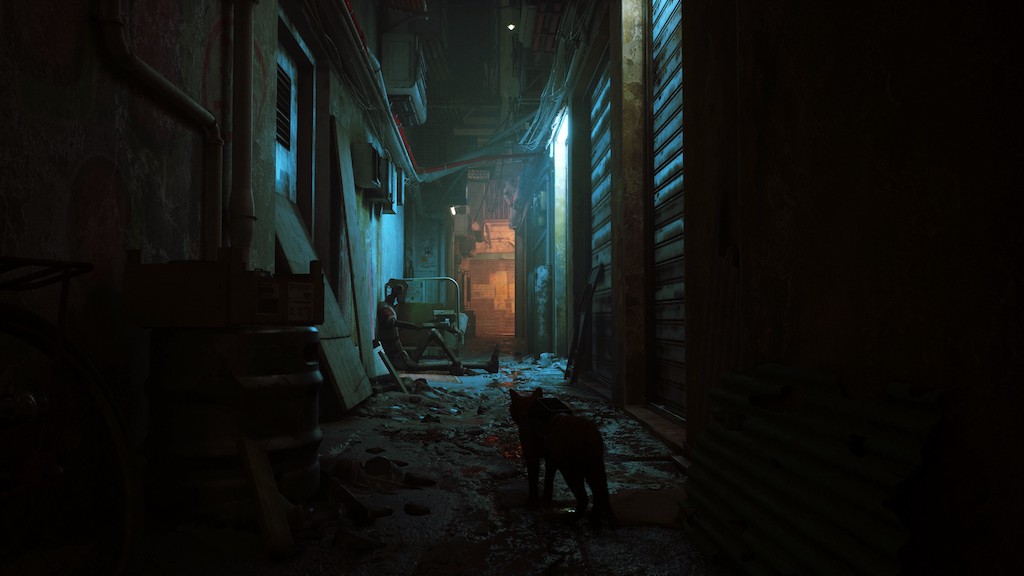 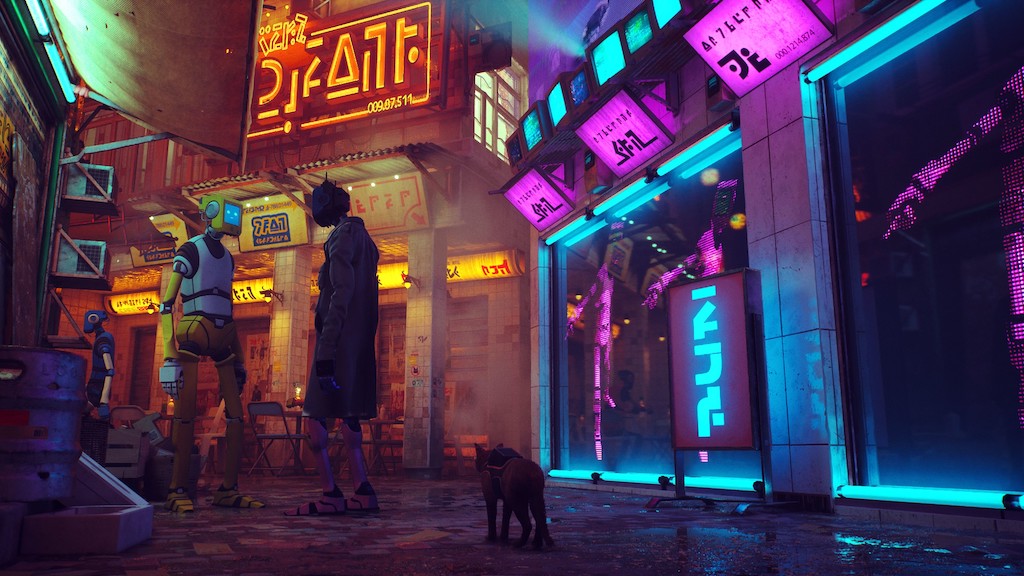 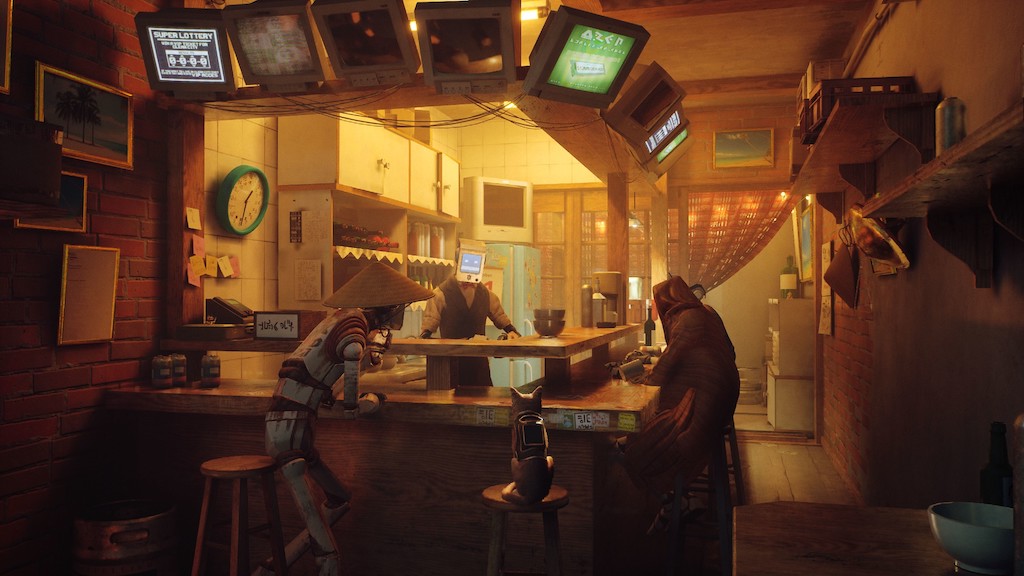 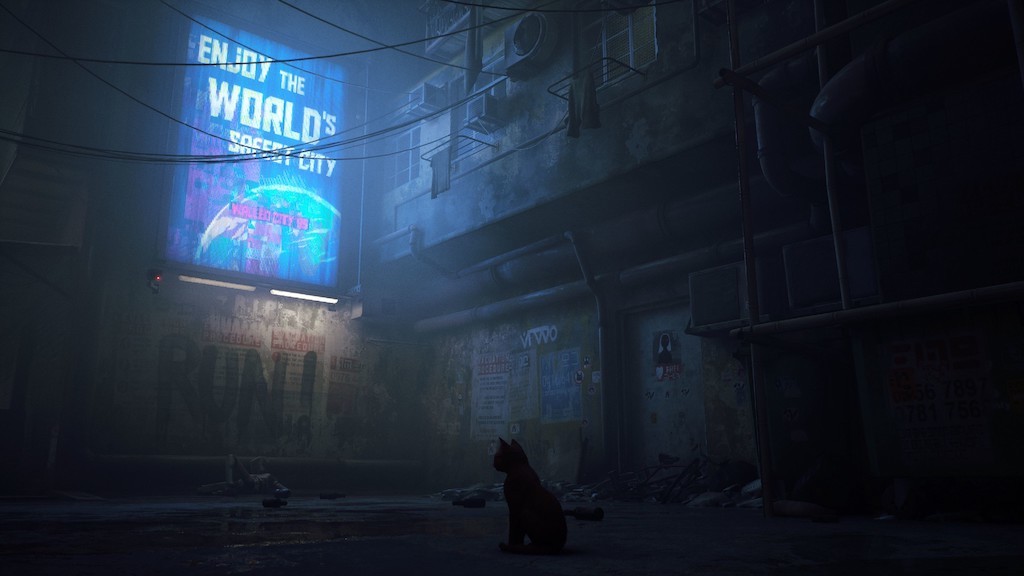