Concerned about the proliferation of graffitied abandoned cars covered in their community, Russian street artists of “Stenograffia” painted the familiar gray checkerboard transparency grid from Photoshop onto one such car – an old Moskvich-412 – along with an old trash bin covered in graffiti, to symbolically remove the offending sight from view.

(translated) In every second Russian yard there is a car, long forgotten by the owners. Rusty and twisted, year after year, it goes through all the seasons and does not move, it becomes covered with snow and becomes home to those who do not have other options…We decided to solve this problem on our own and cut out the old “Moskvich 412” in one courtyard, taking as a basis the well-known visualization of the transparency layer of the graphic editor “Photoshop”. …The visual effect is revealed from a certain angle, transforming volumetric objects into a flat layer of transparency. 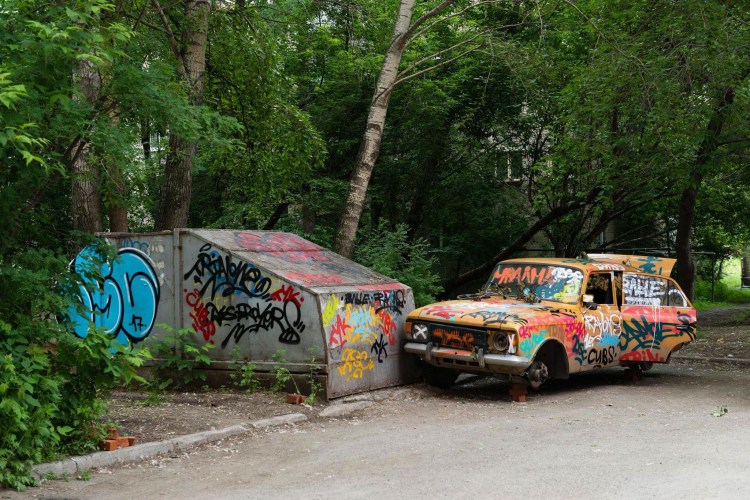 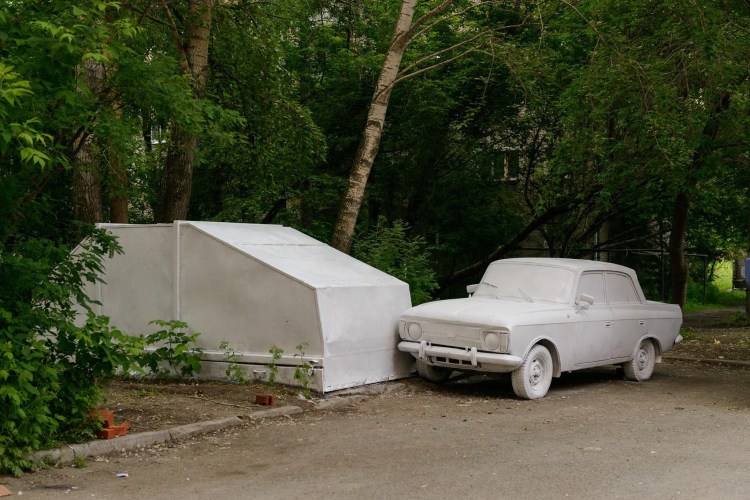 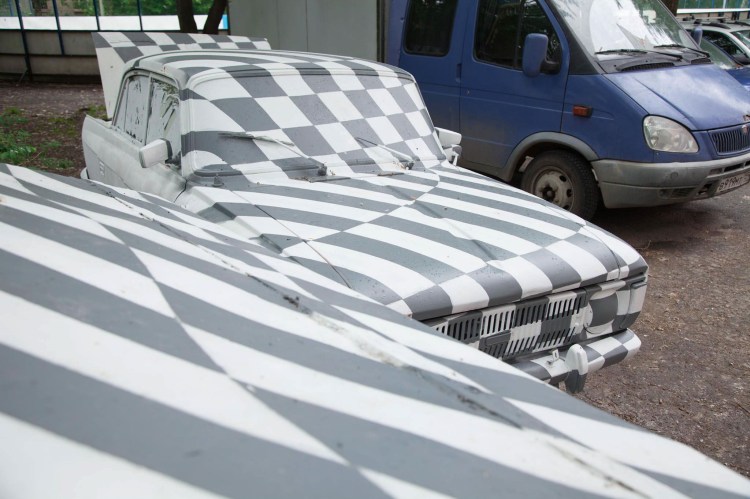 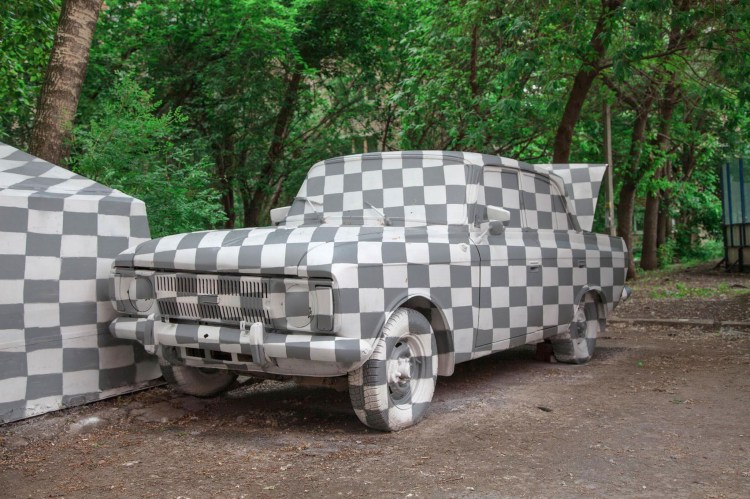