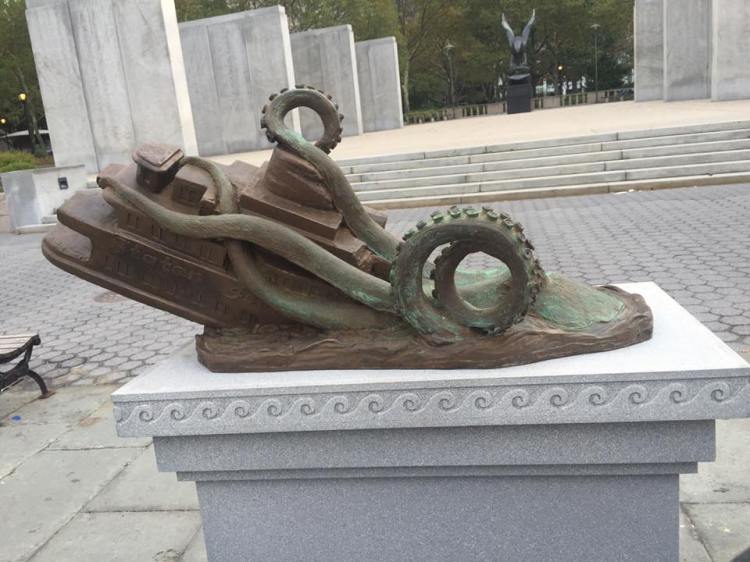 Staten Island is a small, unassuming suburban borough that sits in between New York City and New Jersey that’s famous in popular culture for such things as the documentary Cropsey, the reality show Mob Wives, and for being George R.R. Martin’s inspiration for Westeros in the series A Song of Ice and Fire, just to name a few. There is a Staten Island specific story, however, that no one ever heard about until August 2016. Resident Joe Reginella of Toxic Teddies, who once created an incredible Jaws-themed crib for his nephew, used that same sense of humor and love for the sea to craft a truly elaborate prank about a Staten Island Ferry that disappeared under very mysterious circumstances, possibly due to an attack by a gigantic octopus on November 22, 1963. Because disaster occurred on the same day that President John F. Kennedy was killed, those who perished never got the attention they deserved, but a new memorial has been erected to set things right.

It was close to 4am on the quiet morning of November 22, 1963 when the Steam Ferry Cornelius G. Kolff vanished without a trace. On its way with nearly 400 hundred people, mostly on their way to work, the disappearance of the Cornelius G. Kolff remains both one of New York’s most horrific maritime tragedies and perhaps its most intriguing mystery. Eye witness accounts describe “large tentacles” which “pulled” the ferry beneath the surface only a short distance from its destination at Whitehall Terminal in Lower Manhattan. Nobody on board survived and only small pieces of wreckage have been found…strangely with large “suction cup-shaped” marks on them. The only logical conclusion scientists and officials could point to was that the boat had been attacked by a massive octopus, roughly half the size of the ship. Adding to the tragedy, is that this disaster went almost completely unnoticed by the public as later that day another, more “newsworthy” tragedy would befall the nation when beloved President John Fitzgerald Kennedy was assassinated.

The prank was so well executed, that some people had trouble discerning whether or not the story was real.

What's the "Staten Island Ferry Disaster Memorial Museum" & have you been there?! Octopus attacked a ferry conspiracy?! #itweetmuseums pic.twitter.com/DlCUp216Sl 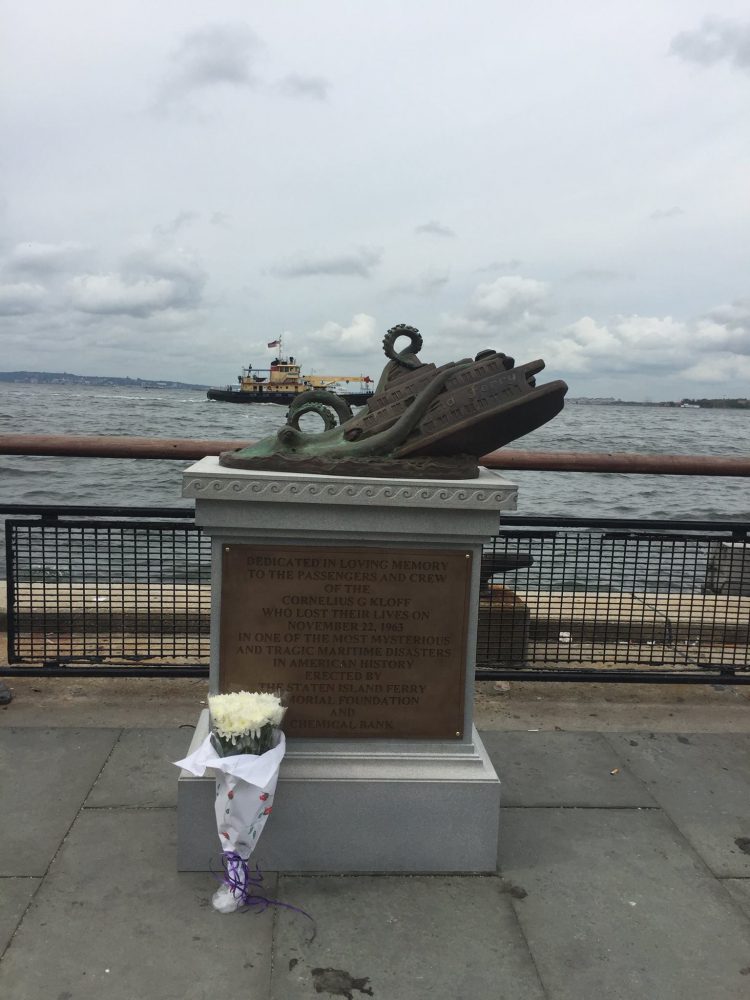 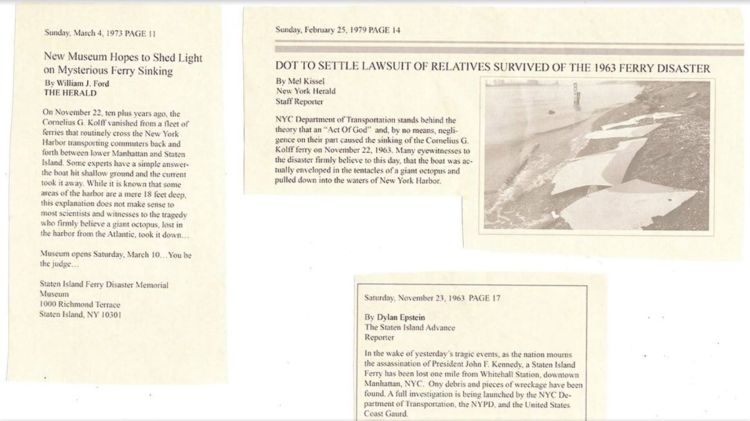 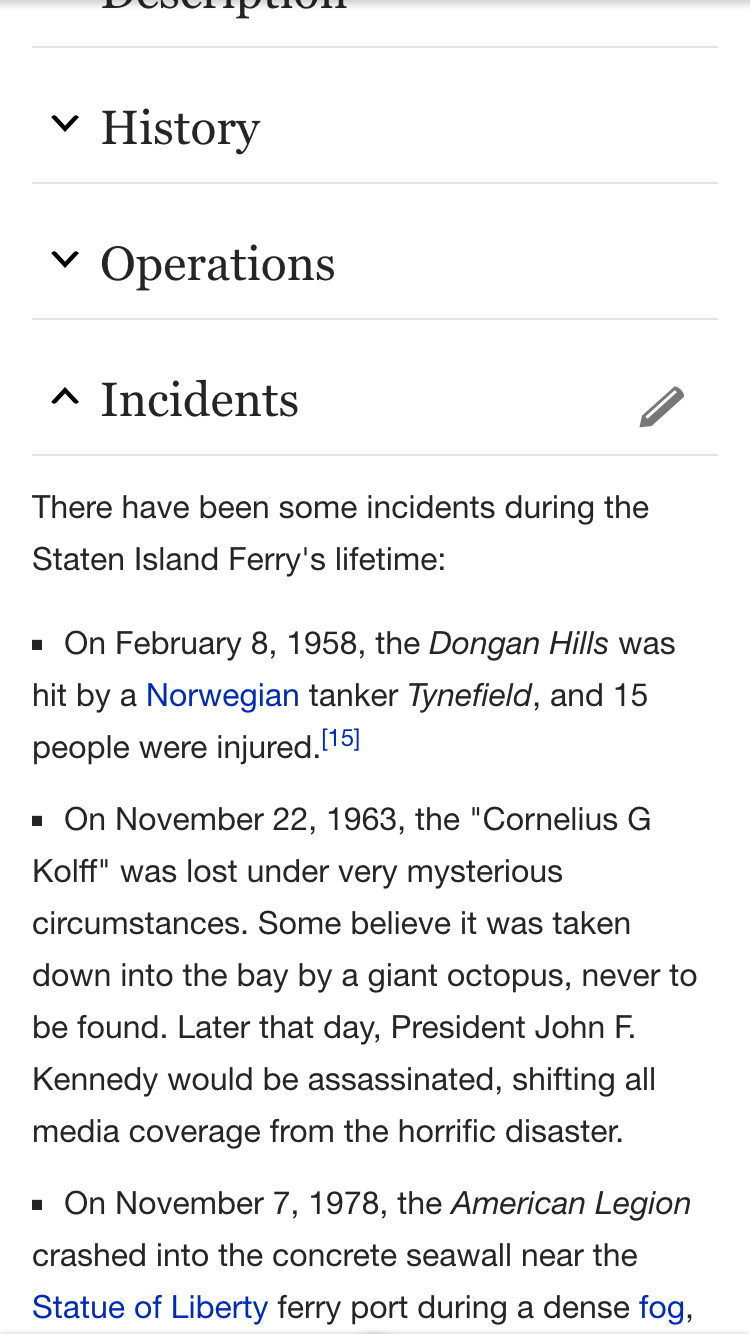