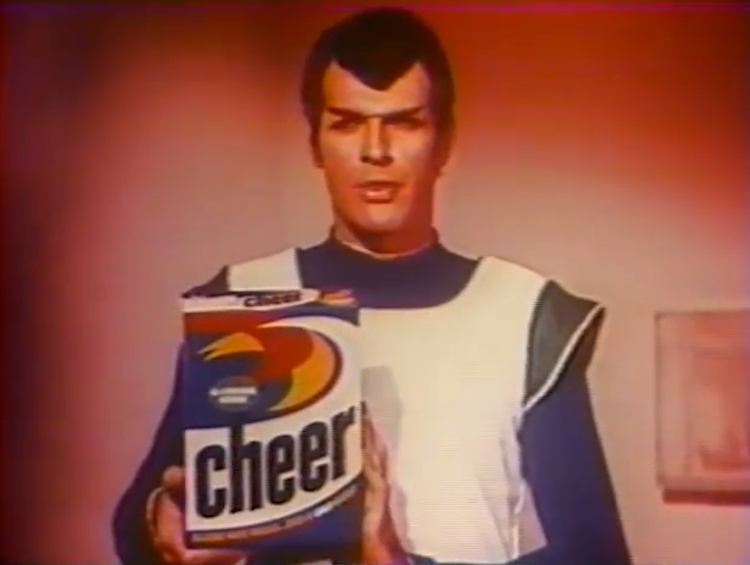 In 1969, Cheer laundry detergent aired a bizarre, space-themed commercial that tapped into immense popularity of Star Trek at the time. The scene features a mother absently saying goodbye to her kids while fretting about the laundry. Once they’re gone, a Spock lookalike beams himself into the laundry area, talks about the “all temperature” benefits of the detergent and then beams out with the warning that he’ll be watching.

Taking advantage of the Popularity of Star Trek.