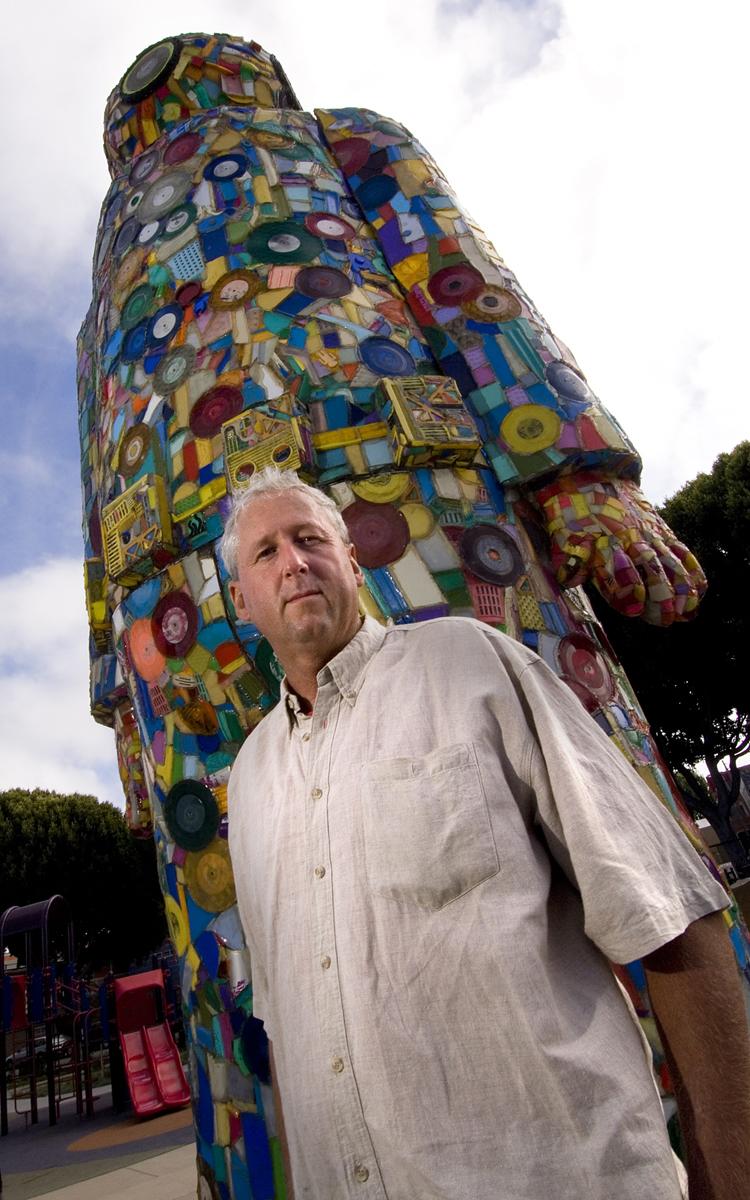 Black Rock Arts Foundation is proud to present Stan the Submerging Man, an installation supported by the efforts of local community members. Weighing just over a ton, the jewel-like visage of Stan is an 18-foot-tall figure lit from within and constructed out of fragments of reclaimed plastic toys and colored vinyl demo records. The sculpture will overlook a playground in one of San Francisco’s newest neighborhood assets, Victoria Manalo Draves (VDM) Park, through November 12, 2007.

After a seven-month fabrication period, Stan was first exhibited in 1999 at the Burning Man Festival where the sculpture developed an affectionate following. Stan and his creator, Finley Fryer, have since charmed visitors at temporary venues including the Siskyiou County Fair and the Coachella Music Festival. Stan’s exhibition in VMD Park is a project of the Black Rock Arts Foundation and the result of the tenacity of a local resident, Laura Weil, who tirelessly petitioned the Foundation to bring art to her neighborhood park.

BRAF will be having a dedication ceremony for Stan tomorrow, Friday, July 20th at 5pm at the park, which is located on Folsom Street at Sherman, Between 6th and 7th in San Francisco.

UPDATE: 49Sparks has a video of Stan as well as an interview with Laura Weil who was involved with bringing Stan to the park.