This climactic dream sequence from the Turkish television series Kucuk Kiyamet (The Little Apocalypse) goes terribly awry when the special effects mysteriously disappear at the end of the sequence. The scene begins with a man seeing a vision of his father burning in hell, however, in the final shots the special effects imagery is missing and we can clearly see the blue screen and bodysuited extras. The clip was posted on reddit and according to commenters it did indeed air on STV, a Turkish television station that specializes in religious programming. 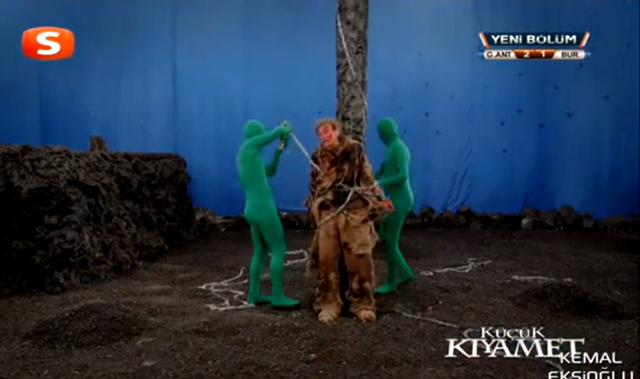