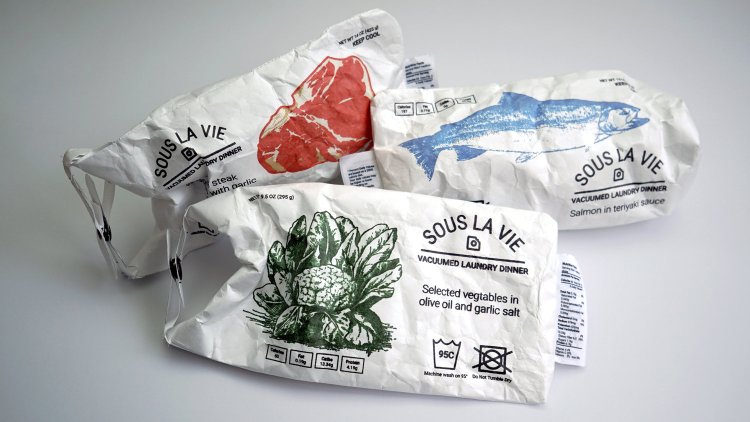 Iftach Gazit, an industrial design student at the Bezalel Academy of Arts and Design has created Under Pressure, a project that features very useful Tyvek vacuum bags that allow food to be cooked in the washing machine. The name of the bags, Sous La Vie (Under Life), is a clever play on words for the sous vide (“under vacuum) culinary process that the bags use.

In sous vide the food is cooked in a bath-like device at temperatures usually around 50 to 70 degrees Celsius. The same conditions can be found in a washing machine; all you have to do is change the semantics. Instead of following a sous vide recipe and cooking a piece of meat at 58?C for two and a half hours, just set your washing machine to “synthetics” for a long duration program. Cooking vegetables? Set your machine to “cotton” for a short duration program. Sous vide offers a scientific approach to cooking your food in a controlled environment, so after some trial and error you might achieve satisfying results.

Gazit also addressed the social implication of food, the dying American middle class and what he learned about the usefulness of a laundromat when there are no other options.

The food we eat, and the way we eat it, reflects on our taste but much more on our economic abilities and culture. Our meals provide an example of the social aspects of our lives. In this case we will witness the rise (and fall) of the middle class as it can be seen through the home cooked meal. …In this day and age we see a continuing decline in the middle class’s ability to maintain its standard of living, especially after the 2008 mortgage crisis that left many people without a home. The dream became a nightmare and people had to be resourceful and find replacements and solutions. …One such solution is the laundromat, most of them are open 24/7 and they offer a hassle-free shelter. 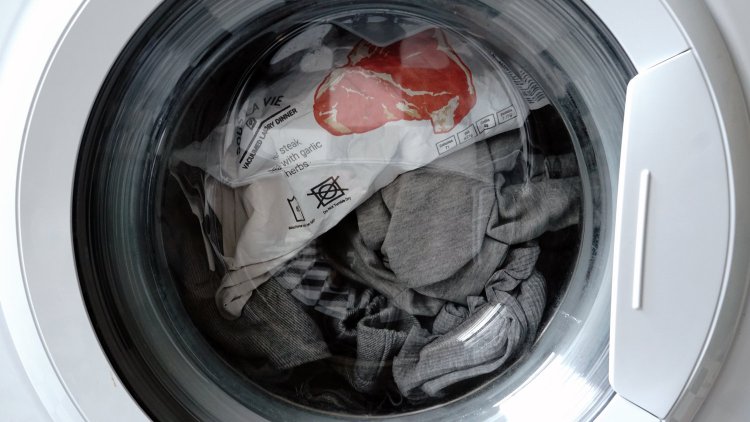 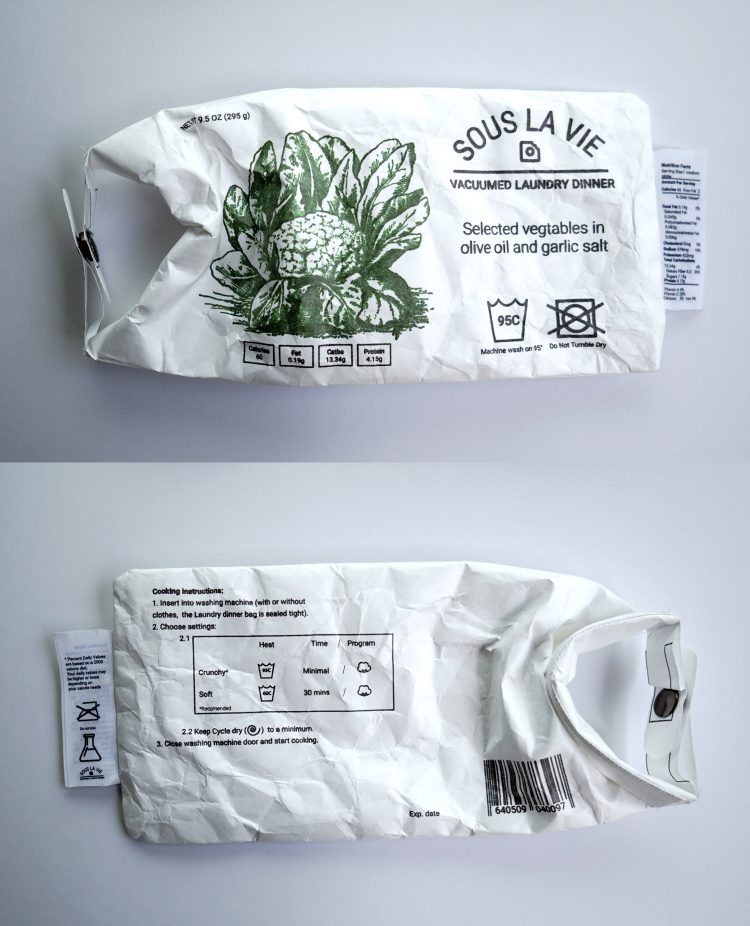 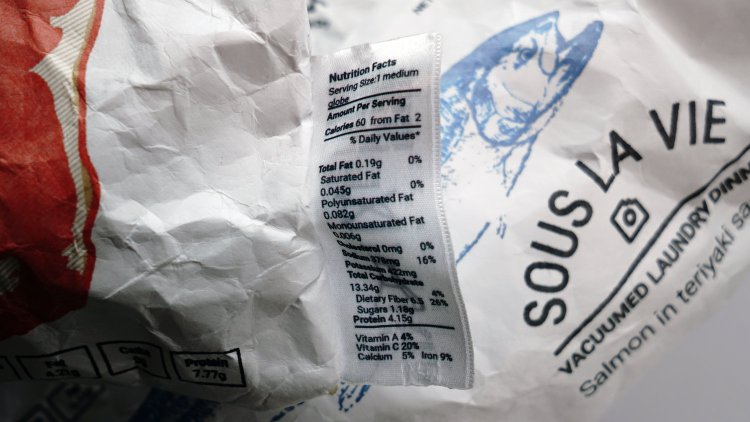 via Springwise, Lost At E Minor