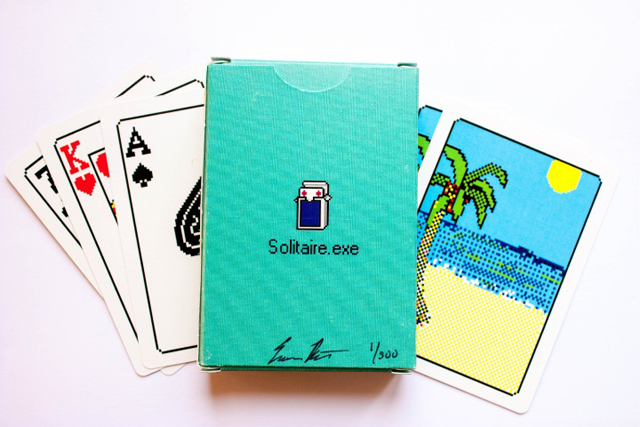 Solitaire.exe is an excellent custom made deck of cards by interaction designer Evan Roth which are a “pixel-for-pixel recreation” of the classic Solitaire computer game found on the Windows 98 operating system. He created this custom design as a commission for the Cooper–Hewitt, National Design Museum in New York. A limited edition of 500 Evan Roth signed and numbered Solitaire.exe official Bicycle playing cards (all printed on linen) are available to purchase from the online Cooper-Hewitt Shop.

A simple piece of software got us through the dark ages of computing before the Internet allowed us to waste company time more effectively. Now you can reconnect with this old friend on the other side of the computer screen. Solitaire.exe is a physical pixel-for-pixel recreation of the popular computer card game included in the Windows 98 operating system. 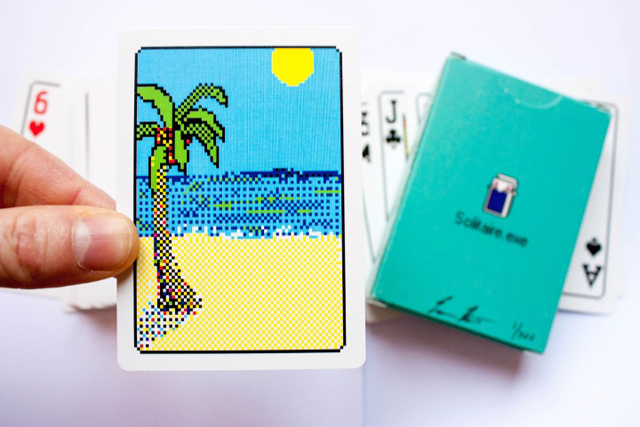 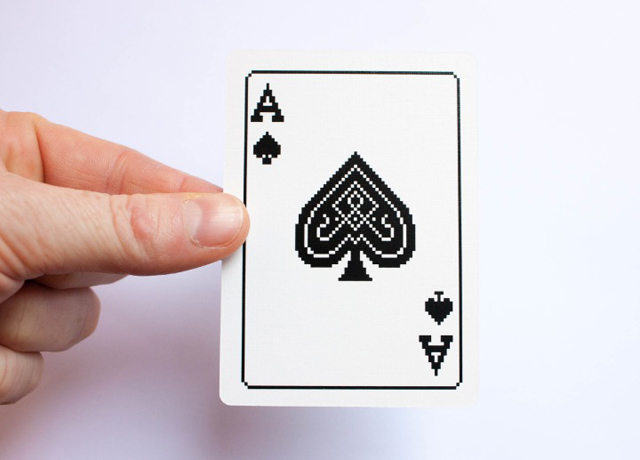 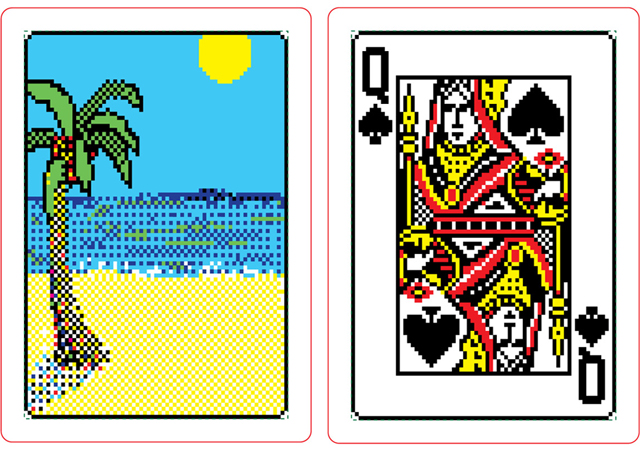 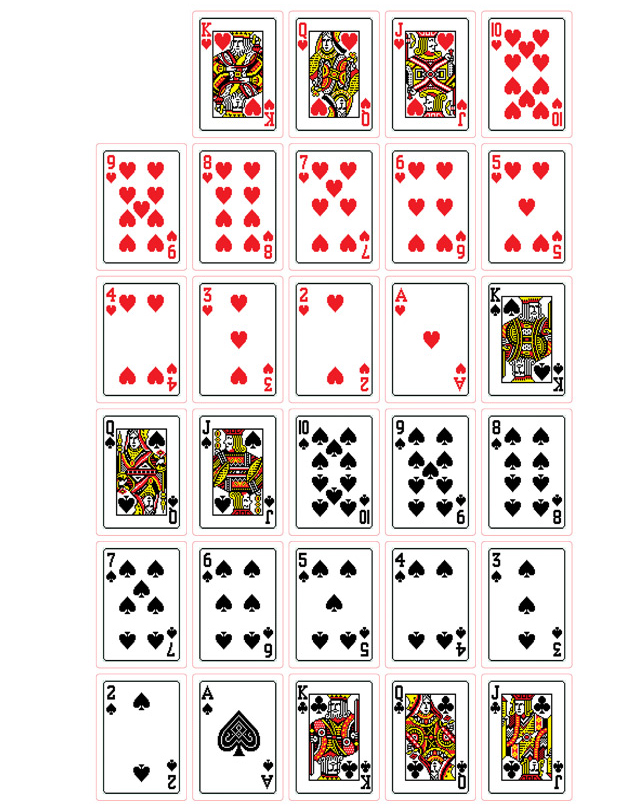 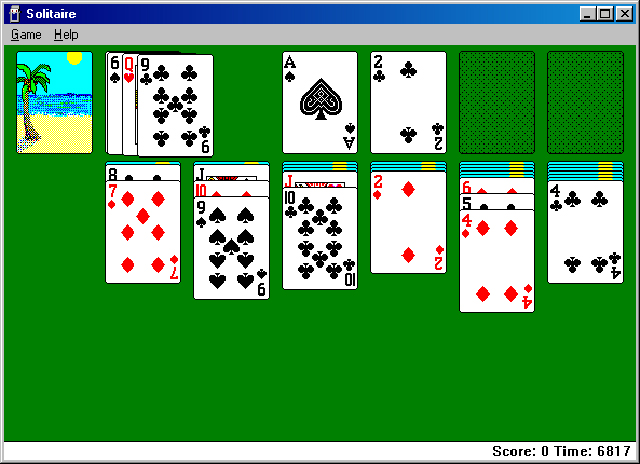 The original Microsoft Solitaire card faces were designed by Susan Kare. The beach scene card back was designed by Leslie Kooy. The original developer of the game itself (called Sol.exe) is Wes Cherry.