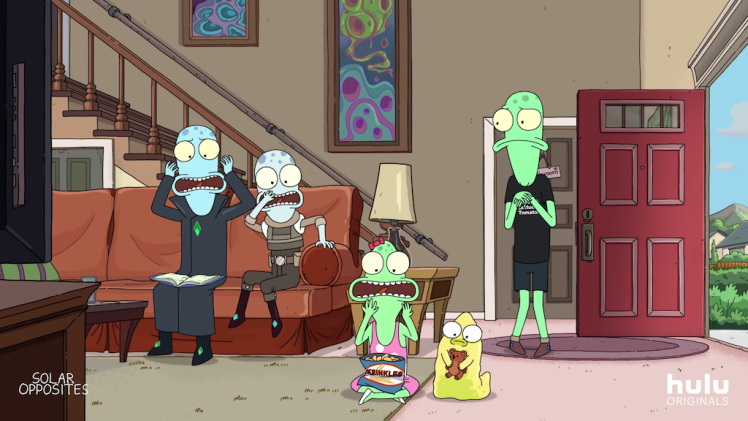 Solar Opposites is a new animated series on Hulu about an extraterrestrial family that migrates to Earth and tries to fit in with the resident humans. The series was created by Justin Roiland and Mike McMahan of Rick and Morty. The series premieres May 8, 2020.

From Justin Roiland, the co-creator of Rick and Morty, comes a series about a family of aliens trying to fit in on this human-infested crap-hole of a planet called Earth. Solar Opposites lands May 8, only on Hulu.