Sky Caliber is a 90-foot-tall water slide created by Carthage, Missouri-based company Avalanche Waterslides that features a 45-foot free fall leading into a 30-foot full vertical loop. The slide, which is currently undergoing testing, circumvents issues surrounding bathing suit friction by enclosing the rider inside an aluminum alloy-framed capsule. The slide is set to debut in 2016 at the newly opened Action Park in Vernon, New Jersey, which was briefly home to another looping water slide in the mid-1980s. That infamous slide was closed after a roughly a week over safety concerns. 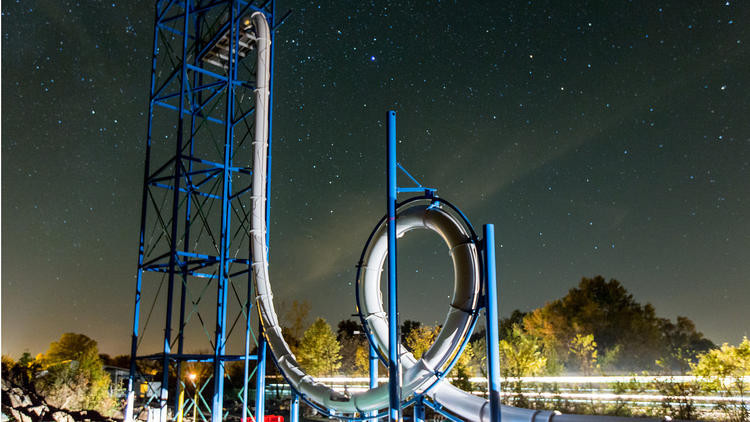 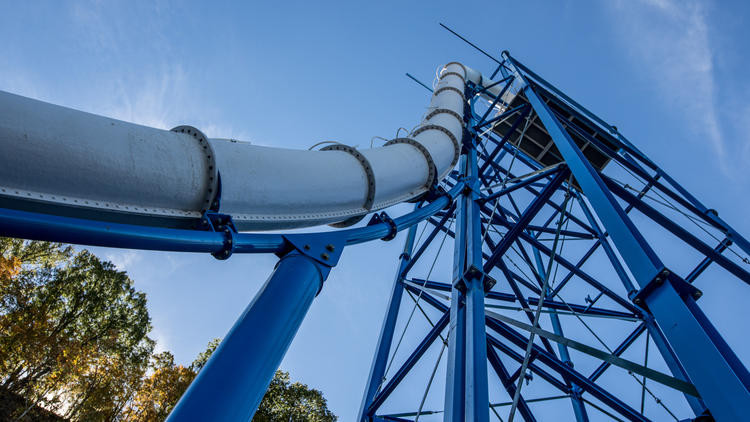 images via The LA Times

via The LA Times