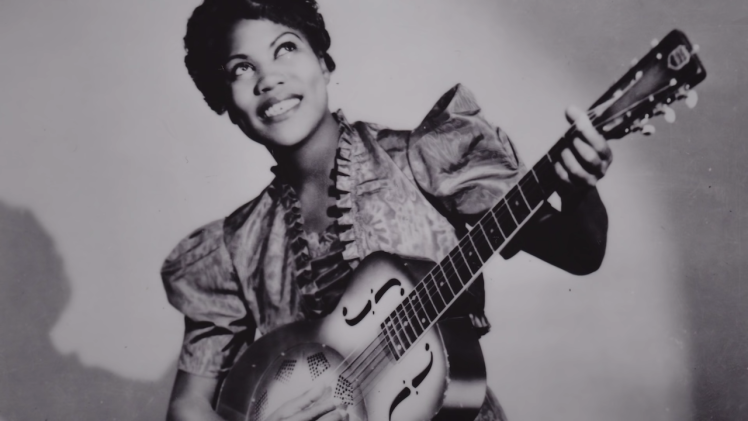 Music essayist Noah LeFevre of Polyphonic takes a look at the music career of Sister Rosetta Tharpe, a child prodigy who began performing in Gospel bands. As she grew older, Tharpe strayed slightly from Gospel into what’s now known as rock music. Her sublime guitar skills, her full rich voice and her natural ability to connect with the audience made Tharpe an incredible performer. She defied all stereotypes put upon her and her music.

Such legends as Elvis Presley, Chuck Berry, and Johnny Cash all spoke about how Sister Rosetta Tharpe influenced their own music.

On one of her tours, Tharpe brought along The Jordanaires as a backing band. The Jordanaires were an all-white vocal group who were members of Nashville’s legendary Grand Old Opry at the time. A black woman playing in front of a group of white, male backup singers was exceedingly rare, but that image resonated with a young aspiring singer named Elvis Presley. Presley idolized Tharpe and would bring on the Jordanaires to sing with him later on in his career. …Chuck Berry even once called his entire career ‘one long Sister Rosetta Tharpe impersonation”…Johnny Cash shouted Tharpe out as one of his early influences at his Rock and Roll Hall of Fame induction.

Here are some examples of Sister Rosetta Tharpe’s incredible music.