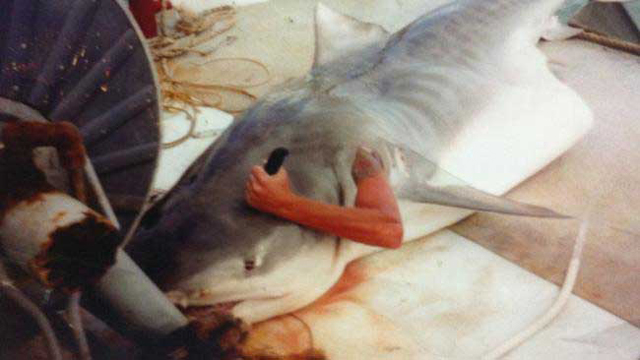 To show off his big catch in a really unique way, an unnamed Australian fisherman gutted the shark he caught, climbed inside its carcass, popped his knife-wielding arm out of the gills, and then pretended to cut himself out of it for this shocking posed photo. John Burns of 3AWRadio explains more of the story as told to him by “Arch,” an employee of Metung Hotel in Gippsland, Victoria who saw the photo being taken.

via Nothing to do with Arbroath