Photographer and filmmaker Richard Tilney-Bassett created a fascinating documentary that charts the use of cartography as a vehicle for political satire. The cartoonists and illustrators of the time used images of monstrous animals, creatures, and men that were shaped to a country’s borders in order to express how those in power were behaving in maps known as Serio-Comic Maps.

Serio-Comic Maps were a genre of satirical cartography popular between the late 19th and early 20th centuries in the lead up to world war 1, which characterised nations with key figures or creatures that assumed the form of their respective countries while also reflecting their national identities and agendas. 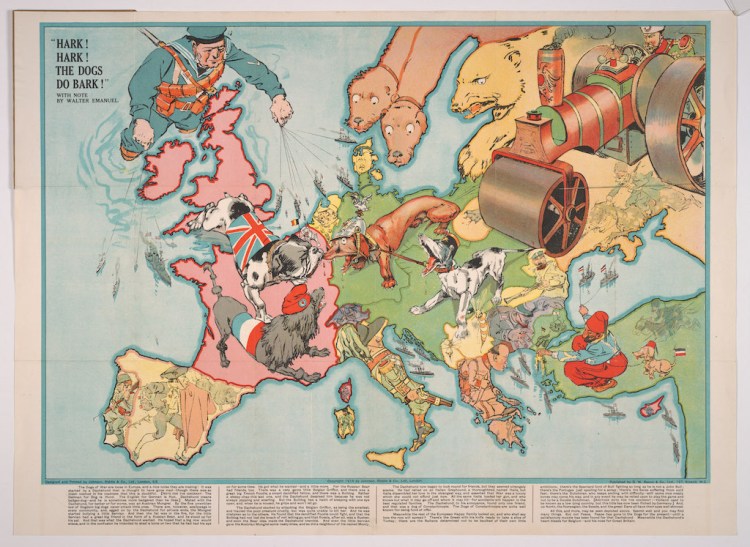 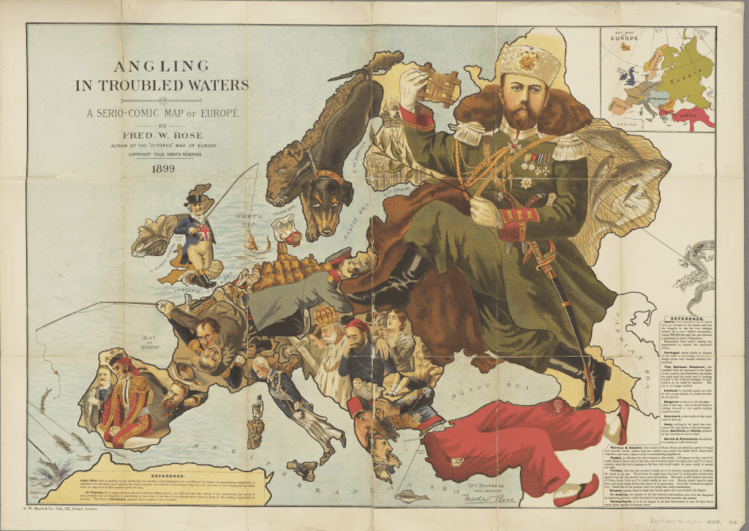 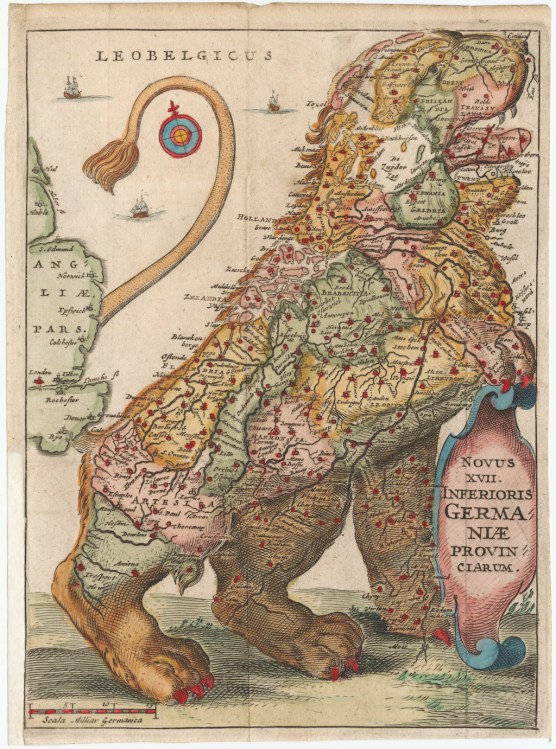 Another form of this technique was known as Cartographic Propaganda or Persuasive Maps, which was used heavily in World War II.

…Maps intended primarily to influence opinions or beliefs – to send a message – rather than to communicate geographic information.The collection reflects a variety of persuasive tools, including? allegorical, satirical and pictorial mapping; selective inclusion; unusual use of projections, color, graphics and text; and intentional deception

via The Map Room, Nag on the Lake