“Serial Taxi” is a animated short film by 3D artist Paolo Cogliati about a “young business woman who takes a chilling ride and realizes her cab driver could be the notorious Taxi Killer.” Paolo produced his film at the Ringling College of Art and Design in Sarasota, Florida. The “Serial Taxi” soundtrack is available to download for free on SoundCloud.

The film took approximately one year to produce, starting from concept and story to final render and composite.

The story of “Serial Taxi” was actually based on a real experience Paolo had while visiting Russia. Although he came across no killers, a particular taxi driver that was supposed to take him to the airport (and eventually, thankfully did) behaved very much like Boris from the film. 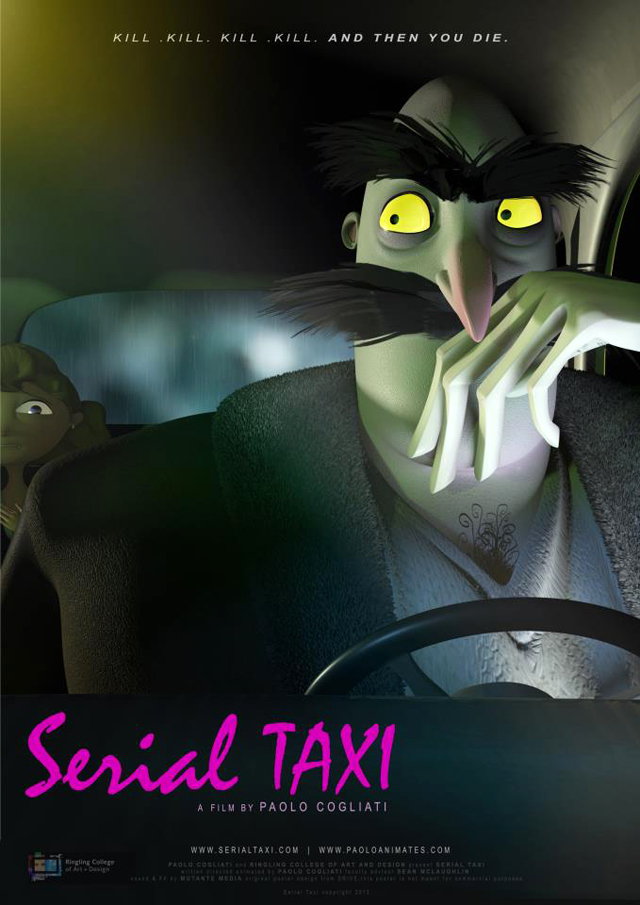 video and image via Serial Taxi