This summer scientists at Lawrence Berkeley National Laboratory resurrected a 134 year old sound recording from Thomas Edison’s first model of phonograph (video). The recording, which includes music, speech, and laughter, was recorded on to tin foil in 1878. Physicist Carl Haber and his team at Berkeley Lab could not mechanically play back the fragile recording as doing so would have destroyed it. Instead, they created a 3D scan of the recording and processed it digitally into sound. You can hear the original and cleaned-up versions below. The recording is the oldest phonograph recording to be successfully played back in modern times. 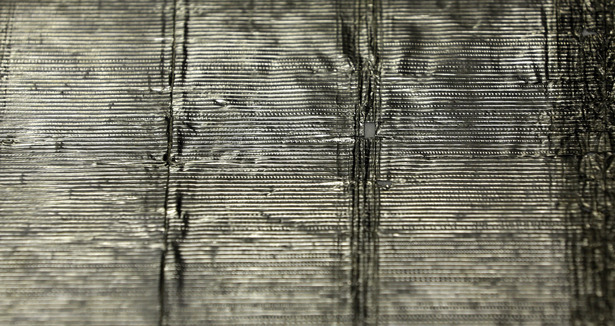