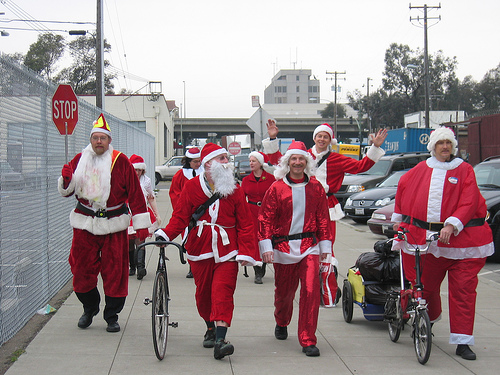 No force on earth can stop one hundred Santas!

This is the 13th year of Santarchy. Santa Melmoth has a great write up on how it all began.