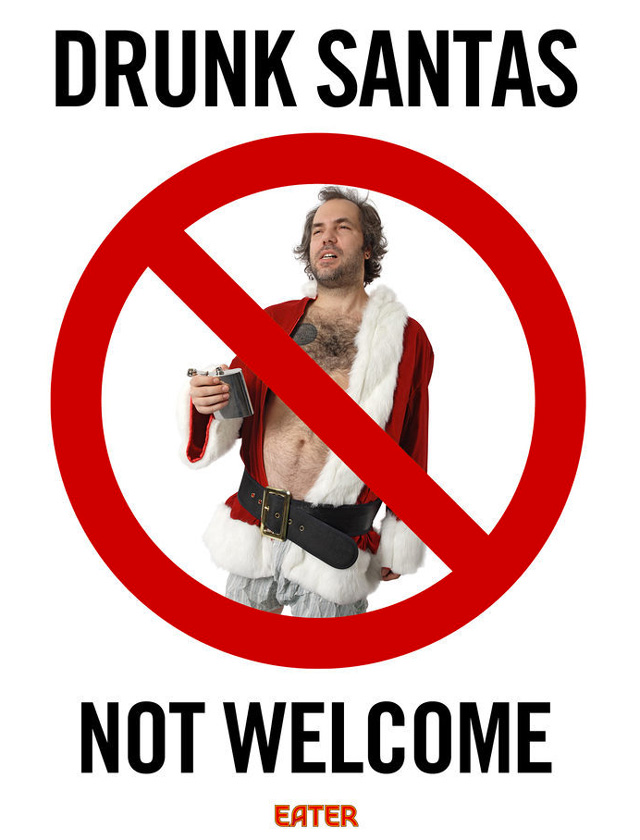 In New York City, there is quite a backlash to SantaCon, the annual Santa gathering that began in San Francisco back in 1994. After last year’s event, Gothamist strongly urged for it to stop completely and called it a “boorish parade of conformity” that needs “to be banished to the same circle of hell that awaits The Santa Clause star Tim Allen.” This year, Gothamist has issued a SantaCon warning stating that “New York City will once again be under siege by drunken frat boys on a mission to fulfill their favorite Christmas-themed date rape fantasies” (a reference to the large amount of SantaCon-related sexual harassment claims). They urge people to either stay indoors or leave town. To help local establishments combat trouble from intoxicated Santas, Eater NY has created three different “No Drunk Santas” signs, which can be downloaded at their site. SantaCon NYC is scheduled to take place on Saturday, December 15, 2012. As of this writing, over 26K people have RSVP’d at the SantaCon NYC Facebook event page. At the Santarchy page, there is a history of the event’s early years. 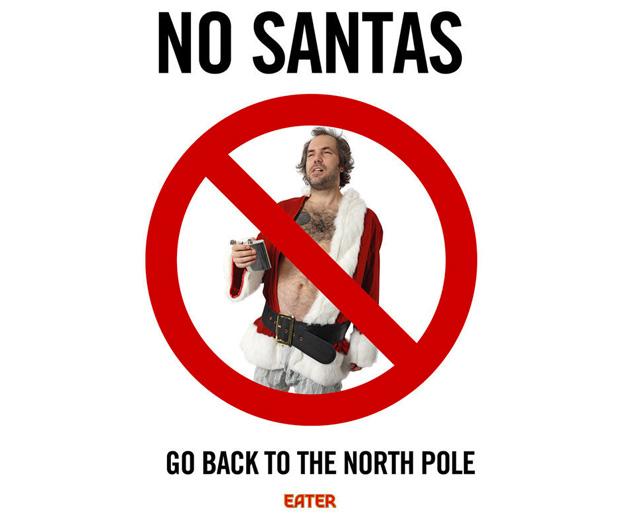 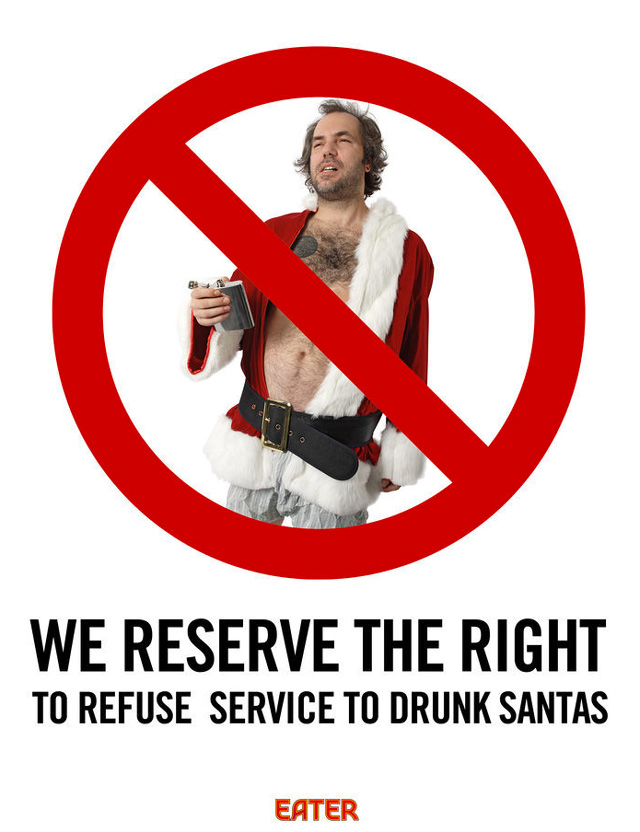